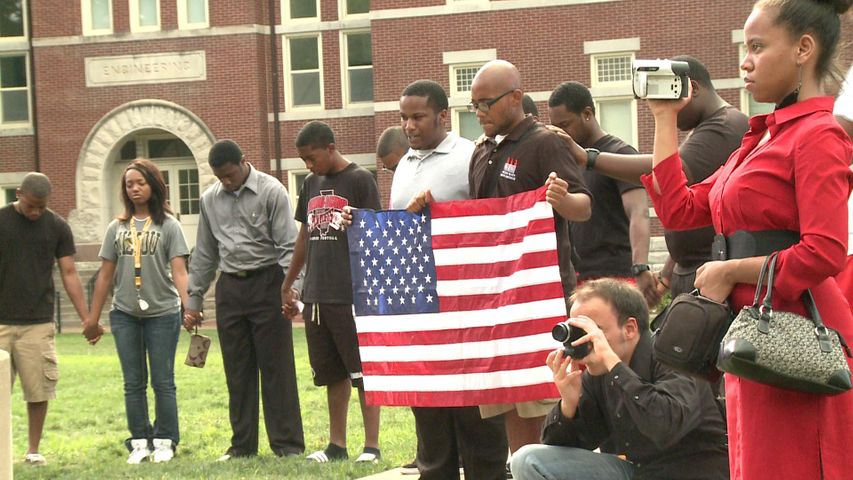 COLUMBIA - The Mizzou Black Men's Initive led a walk through the University of Missouri campus in silence Sunday to commemorate those lost on September 11, 2001.

Sunday marked the 10th anniversary of the day, though this was the first silent walk for the group.

Marchers started the walk of silence at the Black Culture Center carrying an American flag. As the large group walked down the campus sidewalks, many people took note by joining, slowing down in cars, and quietly acknowledging them.

The silent walkers paraded to the columns where they made a circle of prayer and silence. The walk continued back to the Black Culture Center where they had a banquet to honor the day.

"Being able to hear the sound of everybody's footsteps was... a powerful thing," said walk leader Darnell Maurice Cage.

The group plans to make the walk of silence a tradition for this day.