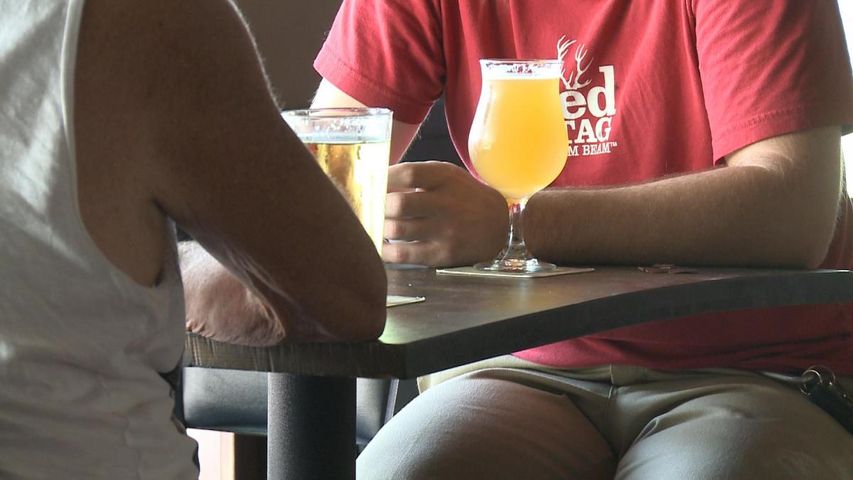 COLUMBIA - A research team with the psychological sciences department of the University of Missouri published a study about "drunk personalities" and it's now getting national attention.

The study, run by graduate student Rachel Winograd, was mentioned in both TIME magazine and on NBC's The Today Show.

Winograd was excited to see her work reach national attention.

"I love The Today Show," Winograd said. "It was really cool to see Willie Geist talking about a study I worked on."

In the study, Winograd and her colleagues found that people fall into one of four personality categories when they start drinking.

She said the researchers were able to determine the four "drunk personalities" by having study participants fill out a 50 question personality questionnaire as their "sober" self and then filling out another survey as their "drunk" self.

According to the study, the surveys asked people how extroverted, agreeable, conscientious, emotionally stable and intelligent they would rate themselves first sober, then drunk.

People that said they were not normally extroverted, but more so when drinking, were labelled as the "Nutty Professor."

Researchers labeled those who were extroverted while sober and more so while drinking were categorized as "Mary Poppins."

People who got more aggressive or confrontational while drinking as "Mr. Hyde."

"I really want to emphasize that the names are just there to make the study more relatable," Winograd said. "What's important is that people are able to recognize what about them might change when they're drinking and be able to control it more if it's a negative behavior."

Jonathan Plausky, a bartender at Columbia bar International Tap House, said he notices a personality change in some customers, but not all of them.

"Some people that come here get a little bit more loose, crack more jokes if they're a quiet person," Plausky said. "Some people though, you can't tell they've had a few drinks."

He also said that he thinks the situation affects how people change while consuming alcohol.

"I won't see a huge change when it's just a few buddies hanging out," Plausky said. "But if you get a big group of people, the more they drink the louder they'll get and that's sometimes when you see the biggest change."

But as for Plausky himself when it comes to a "drunk" personality?

"I think I'm more of a Mary Poppins," he said. "I'm already an outgoing guy but I definitely make a lot more jokes when I drink and think I'm a lot funnier."