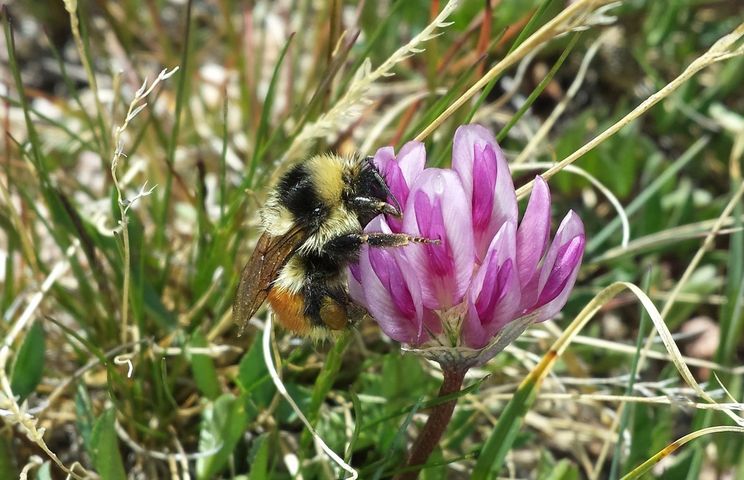 COLUMBIA – While millions of Americans watched the moon move directly in front of the sun in August 2017, bees across the country suddenly acted as if it was time for bed.

Researchers at the University of Missouri found bees stopped buzzing along the path of last year's solar eclipse during totality.

Bees are typically active during the day and inactive at night. Candace Galen, MU professor of biological sciences, said researchers found darkness is a cue of night for bees.

"Getting dark in the middle of the day is not something that happens in a bee's normal life," she said.

Researchers used microphones the size of a USB flash drive in 16 locations near bee-pollinated flowers and away from human-generated traffic.

One of those researchers was Zack Miller, a second-year graduate student at MU. He worked with Galen to process the audio collected from bees.

"It’s a fun study and it’s something a lot of members of the public can get excited about.”

During the eclipse, MU researchers weren't doing their work alone. They were helped by hundreds of scientists, volunteers, and elementary school teachers and students.

Miller worked directly with students in eight Columbia schools. They helped monitor the microphones in flowers to listen for a change in bees' activity. After the eclipse, they also recorded the number of buzzes they heard for comparison.

"They sent it back to us and we found out that the kids were 90 percent accurate," Miller said.

Earlier studies found bees slow down in the evening and return to their colonies at night. The eclipse study found that, though the bees stopped buzzing during totality, they kept flying during the periods of reduced light resulting from the phases of a partial eclipse.

"It's a soundscape," Galen said. "What we have is a buzz that is longer. Either the bees were flying more slowly or making longer flights."

Chris Pires, the associate dean of research for MU's College of Arts and Science, said the research puts MU on the map.