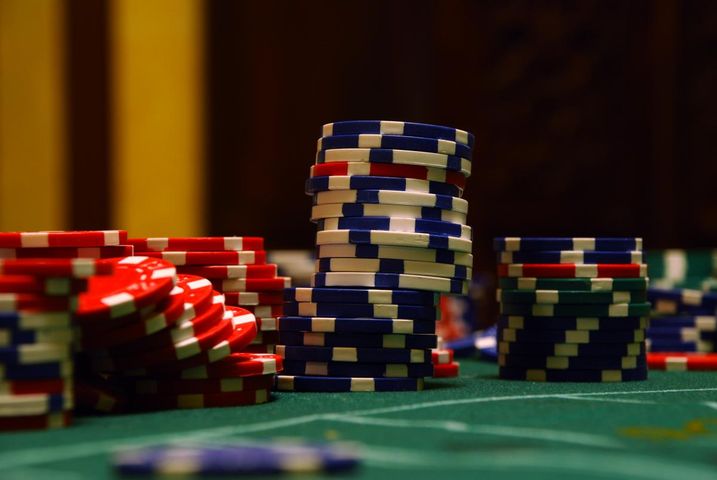 He said college-aged adults are more at risk for harmful gambling practices than the general adult population. Martens split the study participants into three groups: one received general information about problem gambling, one received no information and the third was given individualized feedback based on their answers.

"What we found is that at the three month follow up, those that received the personal feedback reported fewer dollars wagered gambling and fewer gambling problems than those that just completed the assessments," Martens said.

"The primary benefit is that it's faster, and it's less expensive," Martens said. "It's easier to disseminate because you don't need to have the one-on-one time. You don't have to ask someone to come in for an hour or a couple of hours with an individual, but it's delivered in five or ten minutes."

Participants were asked about how often they gambled, how much money was wagered and lost and the types of gambling. Gambling games included slot machines and games of skill such as golf or bowling, and participants also reported how often they bought lottery tickets, played cards for money or wagered money on sports games. He said most of the participants were buying lottery tickets, which he didn't find surprising.

"In Missouri, I believe you only have to be 18 to play the lottery," Martens said. "So it's easier than, say, going to a casino where you have to be 21 or other forms of gambling. It probably varies defending on the region."

According to a press release from the university, more than 1.6 million college-aged adults meet the criteria for problem gambling. KOMU 8 News contacted dozens of addiction counselors and treatment centers in Columbia and the university's student wellness center, but none of them said they specifically dealt with gambling. Martens said gambling counseling is not as common or well-established as other addiction treatments for drug or alcohol abuse.

Martens said he suspects the computer counseling technology would be useful for other adults as well, based on similar studies of other addictive behaviors. He said the next step for his study is moving the assessments from computers to smart phones.