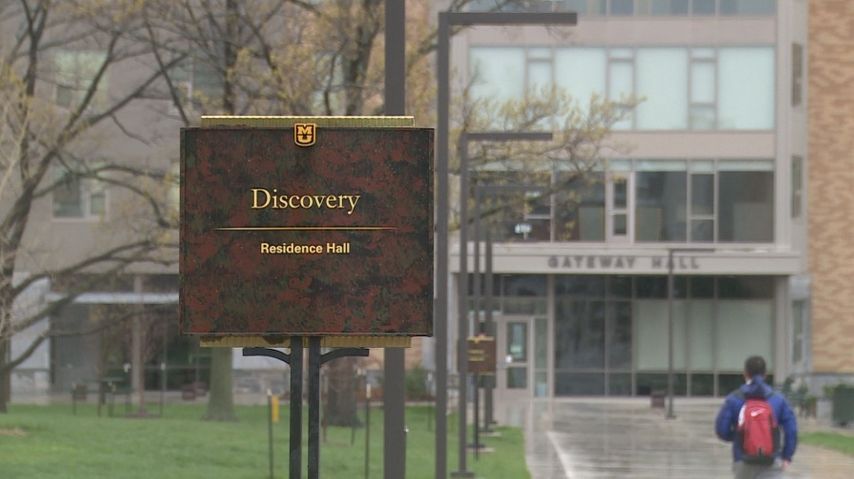 COLUMBIA - Lower enrollment has caused the University of Missouri to close four residence halls for the Fall 2017 semester.

And now three more halls are being added to the list of closures.

"We want to make sure that we are flexible enough to be able to adjust to the student numbers, depending whether they're low or high," said MU spokesperson Christian Basi.

Basi said these closures will ensure the remaining halls are completely filled.

"It's much more efficient for us to operate a building where we have a full building, versus operating many different buildings that are half full," Basi said.

Combined, the seven halls house around 1,500 students and employ five to seven staff members each.

The university is hoping the closures won't affect any of the staff positions in the halls, saying most of the positions will be covered through retirement or job transitions.

"We don't anticipate that there's going to be any layoffs due to these temporary closings," Basi said.

The hall closures are also expected to save the university an estimated $2 million, mostly in utility costs. Discovery and Responsibility, both over a decade old, are among the least energy efficient residence halls on campus.

"They were built with different materials, and also the other halls, in some cases, have been upgraded as well," Basi said. "When we were looking to determine what are the halls we should take offline, obviously the ones that would save us the most money."

Two of the closed halls will be used for different housing purposes in the fall. McDavid will house international students that are part of the "two plus two" engineering program, where they receive two years of education in their native country and finish their bachelor degree at MU.

Respect is currently and will continue to be used for guest and conference housing. There is a possibility Discovery and Responsibility will follow suit.

Though data for the fall is currently unavailable, freshman enrollment for the 2016-2017 academic year was considerably lower than usual. It dropped by 1,470 students, or 24 percent of total enrollment.

If demand for housing increases in the fall, closed residence halls could be reopened, most likely starting with Center Hall, which houses 40 students.