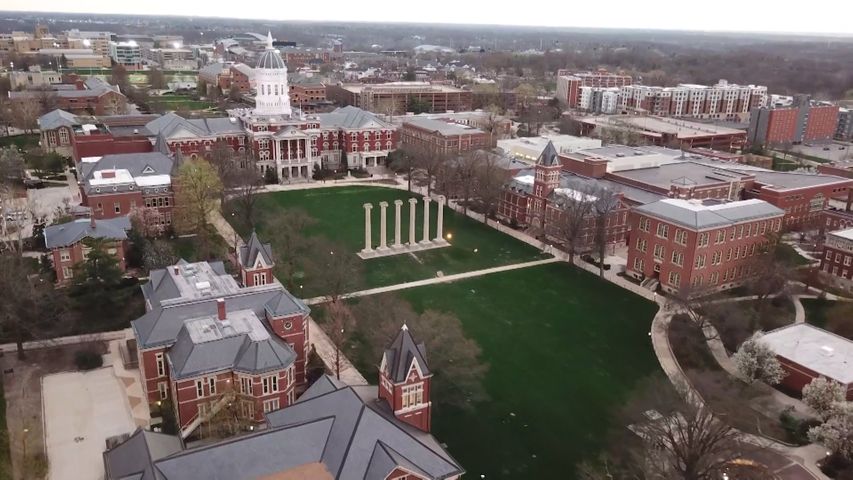 COLUMBIA – MU is hosting a virtual panel on Thursday to discuss the university’s work in inclusivity.

The goal of the meeting is to discuss inclusivity and answer questions from students, parents and community members. The panel will discuss the university's progress since 2015, and how it can make improvements.

The meeting comes after a month of protests, petitions to have the Thomas Jefferson statue removed from the Quad and a new Vice-Chancellor of Inclusion, Diversity and Equity.

MU spokesperson Christian Basi said they have been working on discussion points for this town hall for some time.

“We certainly wanted to give an update on all of the different activities and accomplishments that have been done related to diversity and inclusion on campus,” Basi said. “Obviously, the events of the last several weeks and months, that has had an impact.”

The new Vice-Chancellor for Inclusion, Diversity, and Equity, Maurice Gipson, will be participating in the town hall along with UM President and Interim Chancellor Mun Choi, representatives from student affairs and more. Basi said he is hoping for a large community turnout and participation.

“This is a topic that is and should be important to everyone on this campus,” Basi said. “We want everybody to watch this as long as possible, and to understand where we're at, where we've been and where we want to go because it will take everybody to get there.”

While the panel is intended to start important discussions and make changes on campus, some students believe it isn’t enough.

“You can only have a discussion for so long about things that need to be changed or things that you don’t like, but what are you actively planning to do to make these changes? Discussion can only do so much if there’s no action behind it,” MU student Ronell Jones said.

Basi said if anyone feels as if Mizzou has not been taking enough action or has any concerns, they should attend the town hall Thursday.

The Town Hall begins at 11 a.m. on Thursday. To learn more about how to participate, click here.