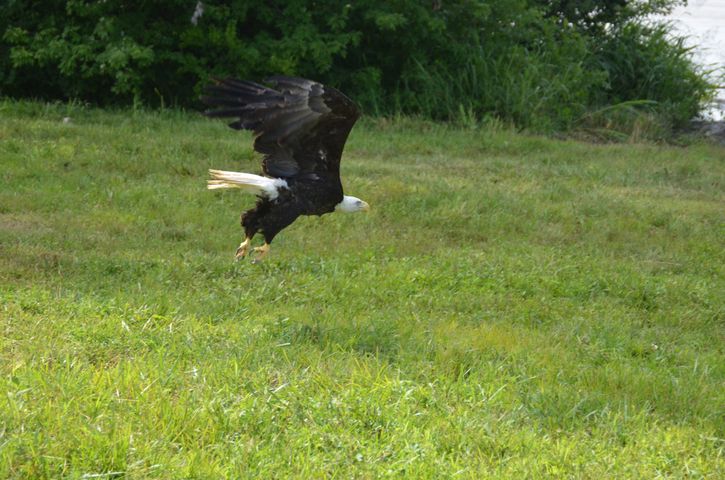 Einstein has some ties to Mid-Missouri. The Missouri Department of Conservation brought the bald eagle in from the Macon area on April 20, 2011.

When the eagle came to Mizzou's vet hospital he had a brain problem. The bird could not stand and was uncoordinated.

Tests also revealed that Einstein had toxic levels of lead in his body. Researchers believe he probably ate fish that had consumed lead.

The MU Raptor Rehab Project discharged the bird on May 18.

Bald eagles are usually only held in captivity if they can't be released into the wild.