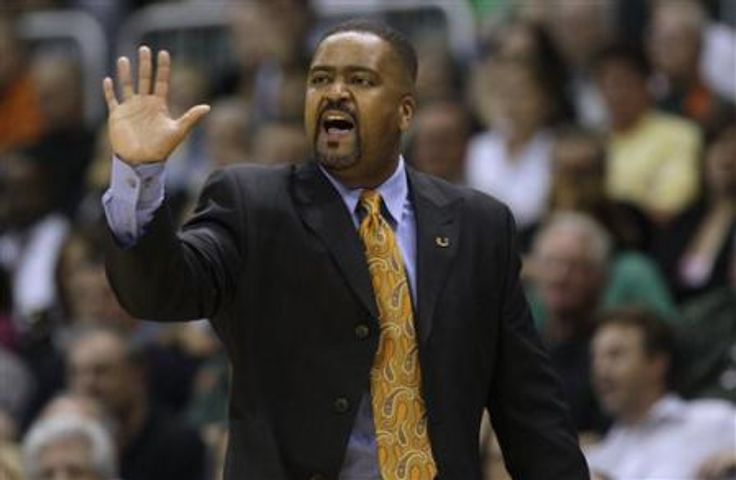 COLUMBIA - Mizzou leaders introduced the newest Tiger basketball coach Tuesday morning at a press conference in Mizzou Arena. Coach Frank Haith leaves the University of Miami to coach the MU Men's Basketball Team with a five-year, $1.5 million contract, and an additional sixth year added on after May 1, 2012.

Haith spoke to the press, Chancellor Brady Deaton, and seven MU basketball players who, among others, attended the meeting Tuesday morning. He said he felt like "the luckiest man in the world." Haith also said he admired the position years ago when he was an assistant coach in Texas and said, "I thought, boy, that's a big time job."

In regards to the negative fan response over the sudden change, Haith said, "I'm not taking that as a negative. I want that passion. I want to cut down the nets."

Haith has greater hopes for his position at the University of Missouri compared to his experience in Miami and said, "I spent a year in Miami and had trouble getting into my office because they didn't recognize me. It's not like that here."

Haith is the 17th men's basketball coach in MU's history.