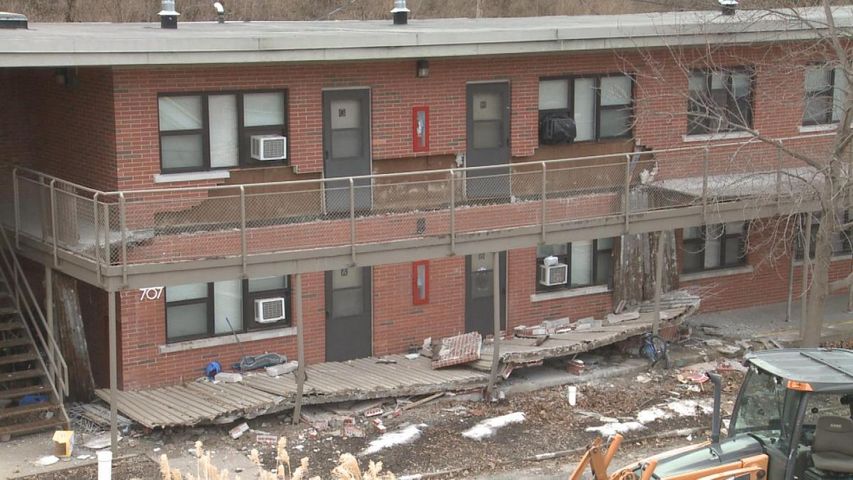 COLUMBIA - The University of Missouri will permanently close the University Village Apartment Complex Monday. The complex is expected to be demolished sometime between mid-July and early August.

MU Chancellor R. Bowen Loftin made the decision in March after a walkway collapsed and killed Columbia firefighter Bruce Britt on February 22 outside Building 707 at University Village. MU said the building is too old and would cost too much to renovate.

Ten companies have submitted bids to demolish the building including six from Missouri. The bids range from approximately $380,000 and $1.5 million. Bids include the cost of deomlition and asbestos removal in addition to the cost of recycling half of the demolished material.