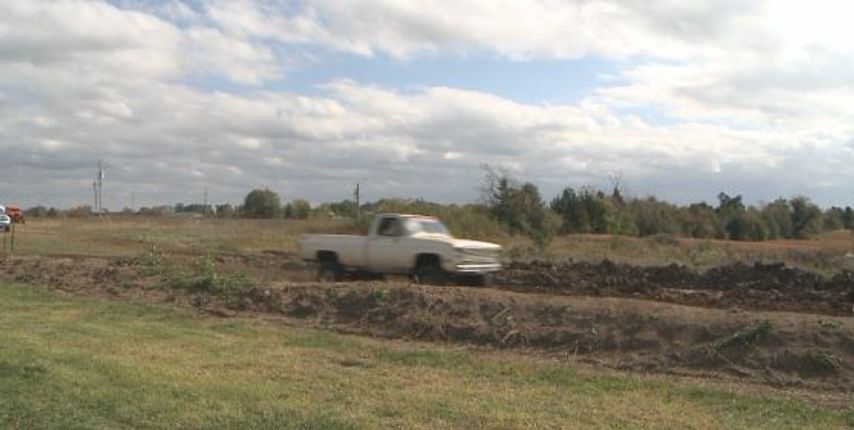 FULTON - Dozens of trucks raced though the mud to raise money for the Central Missouri Honor Flight Saturday at Fulton Jaycees 7th Annual Graveyard Splash.
Fulton Jaycee volunteer Barb Deville said the proceeds will go towards the Central Missouri Honor Flight and back to the community.
"We always support our veterans," Deville said. "They're near to my heart. My family has a lot of veterans. We wanted to honor them as well as bring in some of the veterans from Mexico."
Veterans were escorted by Callaway County Sheriff's Department and motorcycles from Mexico to Fulton.
"There were about 35 motorcycles that led the bus load of veterans from the veterans home in Mexico Missouri to Callaway County fairgrounds in Fulton," John Johnson, head of the motorcycle escort said.
Racers traveled from Illinois, Iowa, Kansas, Tennessee and parts of Missouri to show support.
Missouri Mud Madness Mud Race Association is a non profit organization that runs mud races all over Missouri. President Shawn Yelton said $500 they made from the race will be donated to the Central Missouri Honor Flight.
"Today, the purpose is we got lots of veterans from the veterans home and we're showing our tribune to them," Yelton said. "These men fought for our freedom. This is our way of giving back to them."