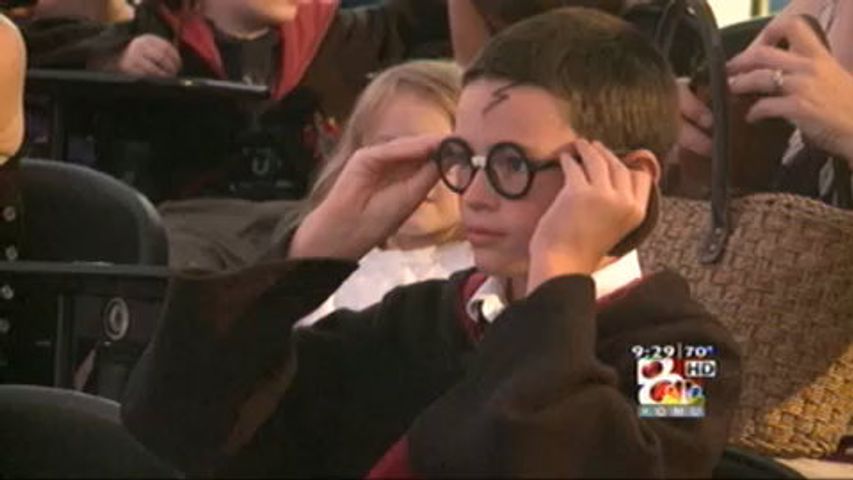 Dozens of Harry Potter fans attended, some in costume.

"It's really exciting. I really wanted to come to this event. And my mom allowed to come," Clayton Herbst said.

Dr. Angela Speck, a real life astronomy professor (and a Brit to boot) at the University of Missouri, lectured young students about all things astronomy.

The event is the first of two Harry Potter themed fundraisers organized by the Columbia Kiwanis Club. Next Friday the group hosts Harry Potter Trivia Night.

The Kiwanis fundraiser is part of the Eliminate Project, an international campiagn to end neonatal tetanus. According to statistics from Kiwanis International, one baby worldwide dies every nine minutes from tetanus. The disease is easily curable. Maternal and neonatal tetanus can be prevented with three vaccine shots that cost $1.80 total. After the three shots the mother is safe, and the children are immune from the disease. The national fundraising campaign plans to raise $110,000,000.