Mugs Up back open after power line accident 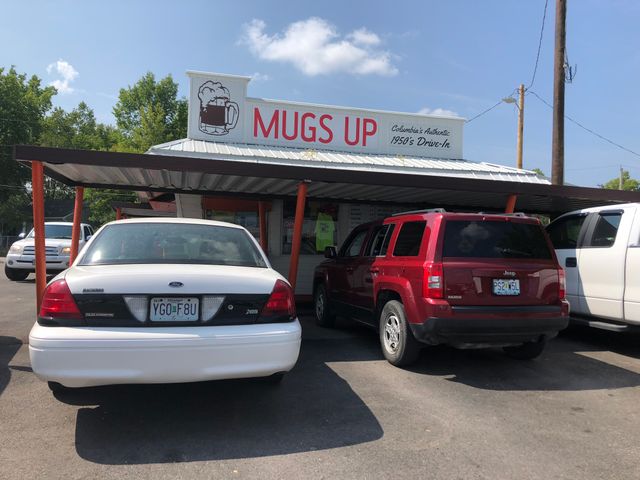 COLUMBIA - Mugs Up Drive In's manager said the restaurant is back in tiptop shape after a power line accident shut the place down two weeks ago.

Mugs Up, a family owned restaurant on Orange Street known for its homemade chili, burgers and root beer, reopened Monday. The eatery shut down after its roof partially collapsed when a delivery truck snagged a power line pulling the pole down, hitting the building.

While the roof and an employee's car sustained damage, the manager, Brandon Kewley, said the original structure was left untouched. Despite the damage, Kewley said the accident was a “blessing in disguise.”

“Especially because no one was harmed and nothing unrepairable happened,” Kewley said. “It gave us a chance to get some stuff done that we wouldn't have had time to until we closed.”

He said their contractor, Kas Carlson, fixed the place up within a week.

“He did a beautiful job,” he said. “I am in awe of him and his job and we want to thank him, our whole family, for getting us back together so quickly because we didn't know that it was possible, but he showed us that it was.”

The restaurant has been in the Kewley family for 63 years. Kewley's grandparents, Ray and Edna, bought the restaurant on July 2, 1955.

“They showed that you could have a business that would be a lot of hard work, but if you were willing to put in that hard work that it would sustain your family and that it could be a place where people would want to come to work and want to stay and that’s rare these days,” he said.

His parents, Larry and Kay, took over as the new owners in 1974.

“My grandpa continued to work until he was 81. Then he developed emphysema and had to retire permanently, but he would come and visit us in the morning," Kewley said. "He really cared about this place. It was his life.”

Following in his grandfather’s footsteps, Kewley started working at the drive-in when he was 12 and later became the manager in his early twenties.

He said family has kept this place going.

“Family is what I would say sums up the legacy of this place," Kewley said. “I wanted to keep it the way my parents wanted it, which is the way my grandparents had it.”

Kewley said most people have worked here for more than 15 years.

“I’d say loyal customers and loyal employees have kept this place alive for 63 years,” he said.

Bill Wyatt was one of the many customers that filled the parking lot Monday before the Mugs Up "open" sign flashed on.

Wyatt and his wife, Patsy, used to go Mugs Up every year for their anniversary.

"We had 62 and 1/2 years that we were married and we came pretty regularly," he said.

Patsy passed away two years ago, but Bill Wyatt said he will still keep coming to order his favorite chili cheese dog.

"I always look forward to coming here," he said.

Wyatt said Columbia as a town supports Mugs Up and he knows everyone is excited its doors are back open.