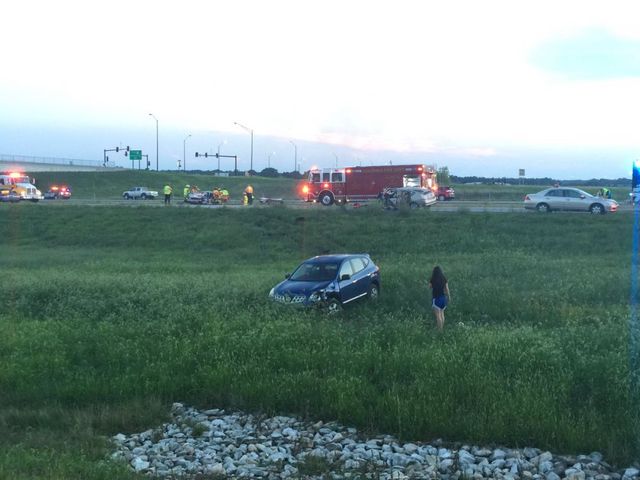 The crash happened around 7:15, causing part of the highway to be shut down at the Discovery Parkway exit.

One of the drivers said multiple cars crashed after swerving to avoid a driver going south in the northbound lane. A viewer driving on Highway 63 sent photos of what appears to be a car driving the wrong way.

According to a reporter on the scene, at least five cars were involved in the crash. Emergency workers had to pry open one of the cars to get at least one passenger out.

On Monday, the Columbia Police Department confirmed the driver of the vehicle heading in the wrong direction as Roger Dickey, a 50-year-old man from Jefferson City. Police report that Dickey was driving with one passenger, Beckey Dickey, and police are still investigating whether alcohol or drugs were involved. Both sustained serious injuries.

A press release given by police on Monday evening states the other drivers involved in the crash were not injured and were all wearing seat belts.

Tow trucks came and took away all of the cars that were involved with the crash.

Crews cleaned up all of the debris, and opened that portion of the highway shortly after at about 10 p.m.

[Editor's Note: This story has been updated to include the name of the driver, as well as more information surrounding the circumstances of the crash.]