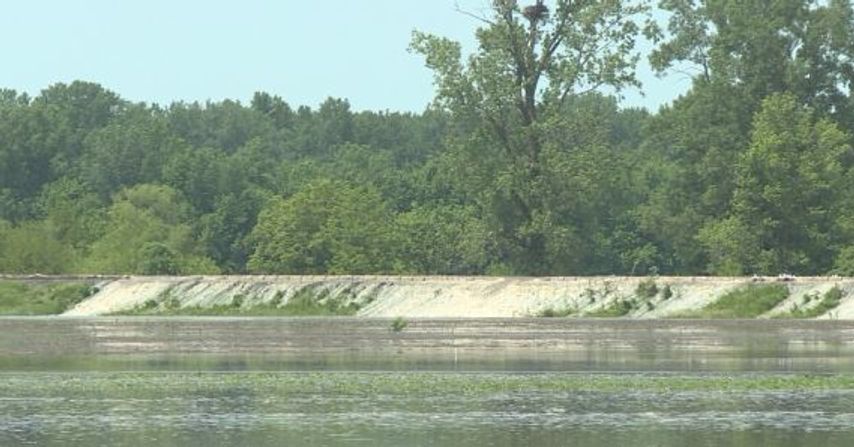 PETERSBURG - A flash flood warning is in effect until early Saturday morning after multiple levees breached in Howard County Friday afternoon. A mandatory evacuation order was in effect.

Country Road 330, Route J and Route Z in Petersburg were under water.

Kenneth Simmons, who lives in Petersburg, said the community spent the last two weeks securing the levees with sandbags and other materials.

"Here it was, plywood, metal stakes, plastic and sandbags. It's just whatever is readily handy that will build a wall, that's all you can do," he said.

Farmer Nathan Ship said he had a lot a help bracing for the floodwaters, which still ended up filling his cornfield.

"I think we had about 100 people here from all over, down to help us sandbag and build these walls as best we could," Ship said.

Residents were saying they expected the field to become a lake by the end of Saturday.

Simmons said the corn crops that were planted earlier this year will be a complete loss.