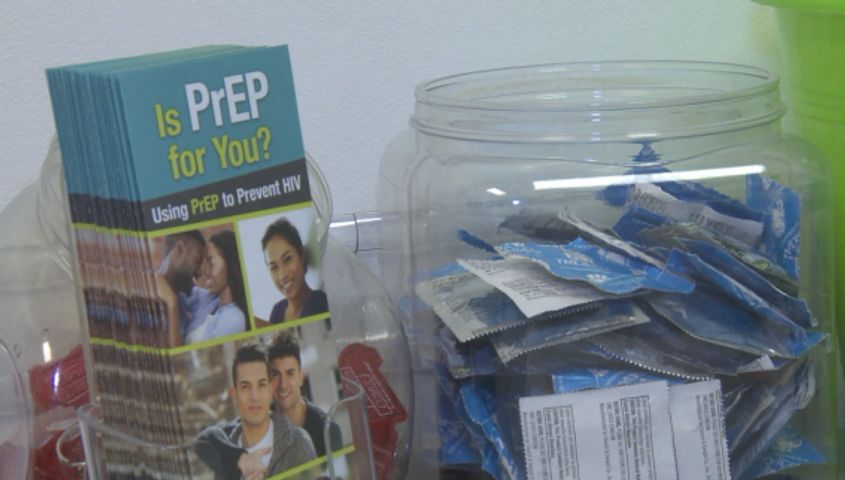 According to a June 2016 report from the Missouri Department of Health and Senior Services, nearly 300 new HIV cases were reported in the state from January to June. More than 20,000 cases have been diagnosed in Missouri since 1982.

One report from the Centers for Disease Control and Prevention estimated there are around 40,000 new infections each year nationally.

Erika Holliday, an HIV health educator, said she hopes the free testing will help the numbers decline and raise awareness for HIV.

“It’s very important, not only to know your own status so that you can stay healthy and encourage others to do so as well, but also as a community to lower that stigma that HIV has so strongly,” Holliday said.

She said the HIV tests take about 15 minutes to conduct. She said it is important for everyone to receive at least one HIV test in their lifetime.

“The idea is that if somebody does come in and get a test, they can have easy access and easy ability to get treatment and stay healthy,” Holliday said. “When somebody gets tested, they can be aware of their status and get treatments so they can stay healthy.”

Spectrum Healthcare and Living Canvas will also hold free HIV testing in Columbia throughout the afternoon.

Living Canvas co-owner Dean Jones said he hopes to offer a safe and relaxed environment for testing in the tattoo parlor.

“The health department approached us about helping with them and the reason for doing so was having a safe, clean sterile environment that they knew that was reputable,” Jones said. “We just want everybody to have the ability to get tested and keep everybody as healthy as possible.”

The department also offers free HIV testing from 9 a.m.-noon on Monday and 1-4 p.m. on Thursday.