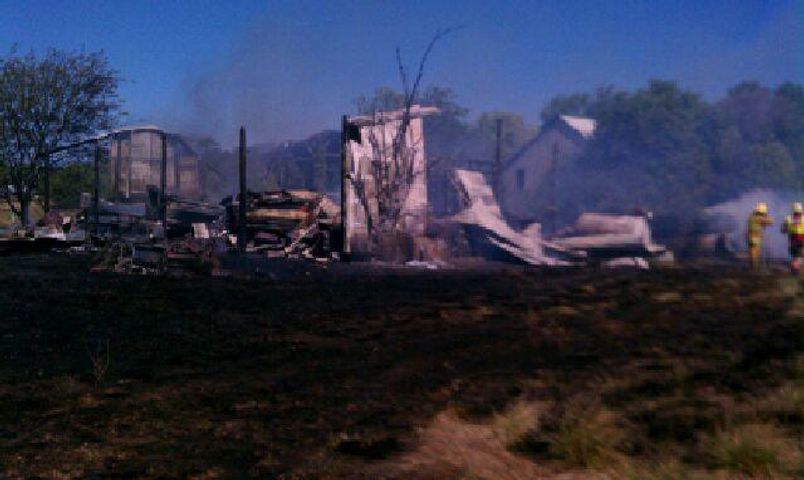 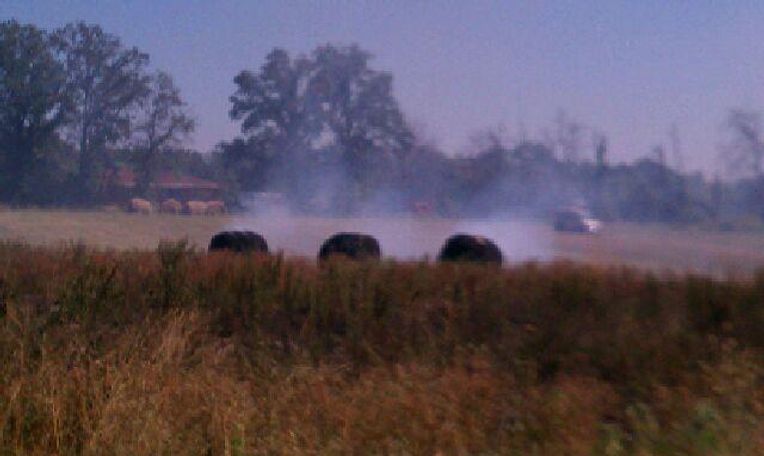 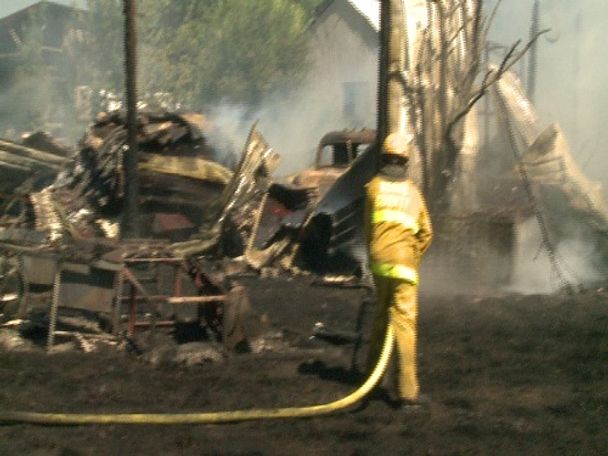 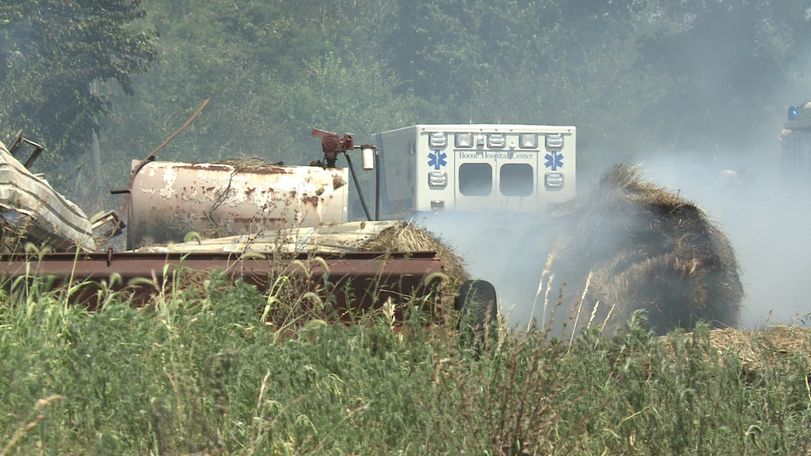 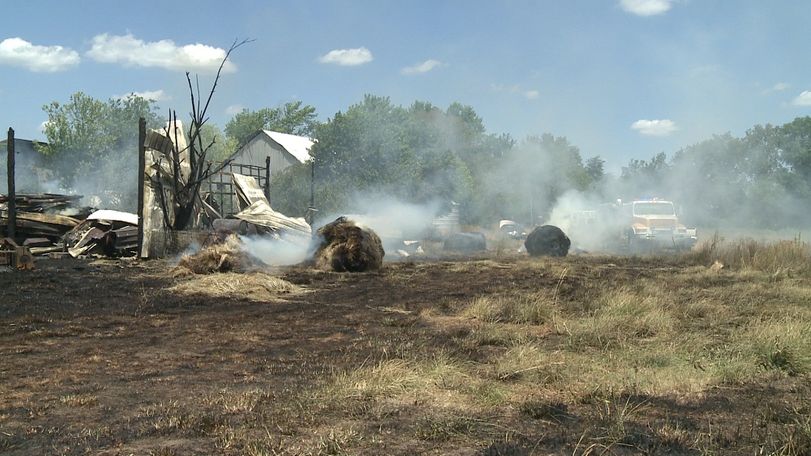 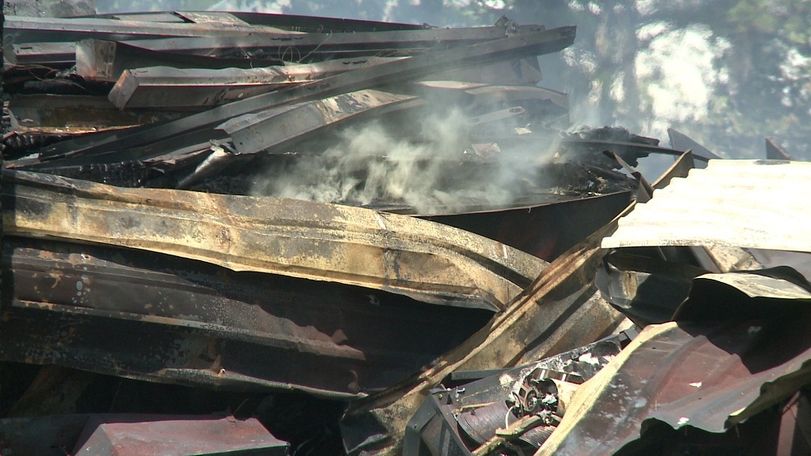 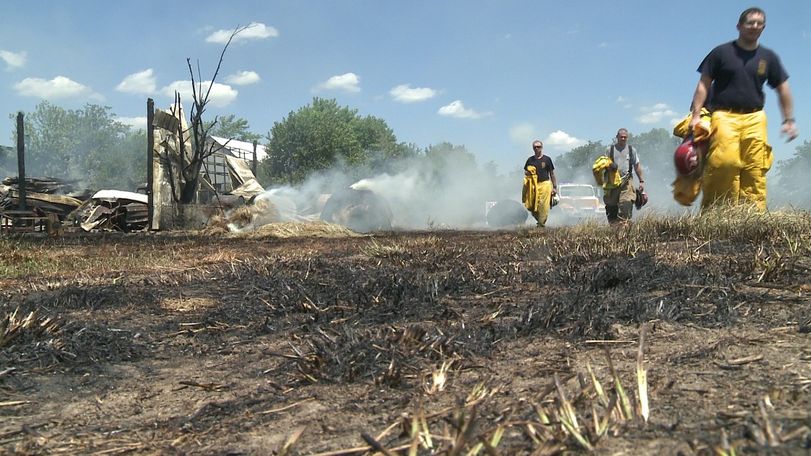 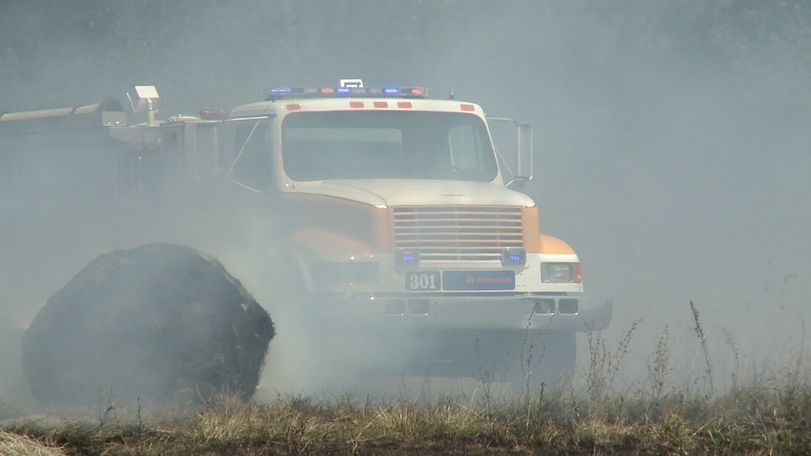 BOONE COUNTY - Multiple emergency units responded to a large fire around 10 a.m. Wednesday. The blaze started as a natural brush fire and moved to a nearby barn off of Route Z, north of Columbia near Hallsville, according to Boone County Fire Protection District.

The fire burned at least one acre of land, ten hay bales and the whole barn. The barn is considered a complete loss. Eye witnesses told crew members they heard explosions coming from the barn. One fire fighter said the explosions could have been old tires blowing or small gas tanks. Crews were concerned about a 400 gallon diesel gas tank outside of the burning barn and another nearby barn. Both the gas tank and the one nearby the barn survived the fire.

At least 30 firefighters responded to the fire. Crews were able to put out the blaze within 20 minutes of arriving on the scene. However, multiple crew members stayed on the location to battle pop-up flames and smoke.

No one was injured in the fire. The investigation is ongoing.