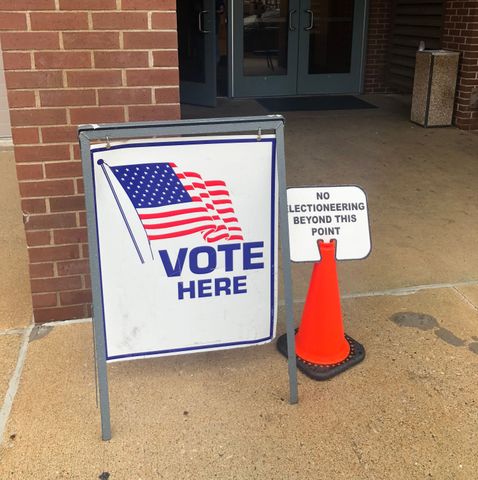 COLUMBIA - Out of the nearly 116,000 people in Boone County currently registered to vote for Tuesday's general municipal election, as of 1:30 p.m. only about 9,000 had cast a ballot.

"We've looked at turnout from previous April elections, and the past three years this is sort of where we've landed for April elections or special elections," he said. "We're tracking about 12 percent right now."

The county clerk said April elections typically don't have too many "contentious" issues on the ballot. As a result, he said, turnout decreases.

"Tax increases, sales tax issues, property tax issues - when they're on the ballot people engage on those issues," Burks said. "Some of the smaller towns outside of Columbia have some issues, and we're seeing higher turnout in Hallsville and Ashville because of that."

That notion was reaffirmed by Win Grace, an election judge today at the Boone County Government Center, a location where anyone registered can vote regardless of precinct. She said issues on the ballot serve as a good indicator of voter turnout.

"The turnout [today] has been larger than in November when there was only one issue on the ballot," she said. "We've had about 70 people so far, so it's a little higher but not huge."

One voter said while he votes to get his voice heard, he understands why people may not come out to the polls.

"The tax issues aren't really super interesting and neither is voting for the hospital board of trustees or the school board," said voter Colin O' Brien. "It's not as important for some people and they have their reasons, I guess."

That notion, however, doesn't always apply. Ward 2 had seen a contentious race between candidates Michael Trapp and Paul Love, however turnout in a majority of its precincts is below average.

Voting will continue until 7:00p.m.