MUPD reminds public to be proactive, prepared in case of shooting situations 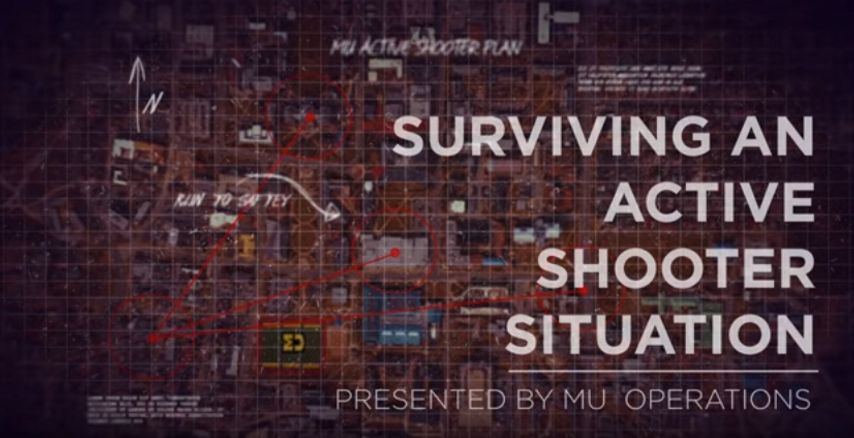 COLUMBIA - Over the past months, venues for recreation have been targets for large-scale attacks, many of them linked to terrorism. The most recent incident was Sunday night's shootings at a concert in Las Vegas, in which more than 50 people were killed and hundreds more wounded. The motive for the shootings, which hasn't been classified as terrorism, is under investigation.

Other recent attacks include one in Manchester, England at an Ariana Grande concert; pedestrian attacks at tourist sites like Las Ramblas in Barcelona; the London Bridge attacks; and terrorist attacks in Stockholm and Paris.

As the nation mourns the most recent tragedy in Nevada, local police organizations encourage preparedness and education to remain safe in the unlikely event of a terrorism or active shooter incident.

“We all hope that this type of situation never happens at our university, but preparing our campus community for such an emergency will help keep this from happening or minimize the impact of an active shooter if it does happen,” MUPD Police Chief Doug Schwandt said in an MUPD news release.

“Community policing is a powerful tool, and we want to ensure that everyone who comes to our campus has the tools to remain safe,” Schwandt said.

Last fall, MUPD launched its “Run, Hide, Fight” campaign in conjunction with the FBI to educate students and faculty on what to do in case of a campus emergency. They also distributed a safety video detailing the steps to take during an emergency.

"Every situation is unique, but there are some universal strategies that are crucial to remember. Keep calm and follow these three important steps: run, hide, fight," he said in the instructional video.

The video suggests to alert others who are confused, move quickly to a safer area if possible, keep distance from a shooter and use your instincts. Weimer said, "don't compromise your safety to run, but if you're able to get out of the building - do it."

If running away or hiding aren't options, Weimer said the last resort is to fight.

“Fighting back should be a last resort, and we hope you don’t ever find yourself in that situation. But if it comes to that, it’s between you and the shooter and you can survive,” Weimer said.

MUPD also offers a range of community resources on how to survive an active shooter situation. MUPD offers self-defense courses, personal safety presentations and a free course called Citizens’ Response to Active Threats (C.R.A.T.) with strategies to stay safe in the workplace, school or public settings.

In the event of an emergency, the department suggests to call and alert your family you are safe, but to not call MUPD unless there is a direct emergency. During these situations, dispatchers receive a high volume of calls which can slow down the response process.

To report a threat, contact MUPD’s non-emergency line at 573-882-7201 or in an emergency dial 9-1-1. To report suspicious activity or terrorism visit the Missouri Information Analysis Center website.