Music moves man with autism toward a better life 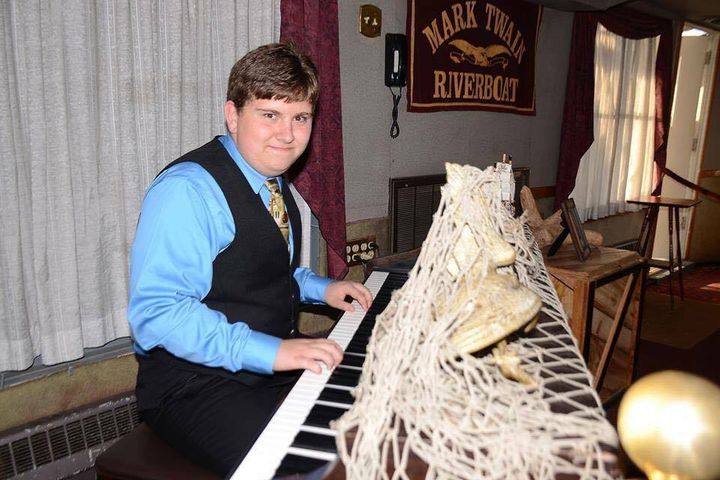 COLUMBIA – Music enhances and develops the life of 20-year-old Nathan Walton on a daily basis.

"I play a song beautifully," he said.

He played the piano for his largest audience yet at the Thompson Center's Arts for Autism event on April 17.

Nathan Walton went to the center until he was 18 years old. He ventured back to Columbia to perform after a referral from his former doctor.

That doctor, Tracy Stroud, said, “He struggled quite a bit with communication and with his social skills but he also had all along some really unique talents.”

Stroud said, when the Thompson Center asked if she had suggestions for an opening act, Nathan Walton’s name was the first to come to mind.

His passion for piano started when he was 8 years old.

“We had no idea he could play," his mother Marsha Walton said, "He just sat down and started playing every Christmas song in his head because it was Christmas Eve. He played for about thirty minutes.”

Stroud took Nathan Walton's musical abilities into account as she worked with him throughout the years. She said the support from his parents was tremendous and set him apart from her other patients.

His father, Jake Walton, said playing piano has made the largest impact on his son’s life and gives him a sort of acceptance from peers, especially the band program at school.

"When the band kids saw that he had musical talent and he was one of their peers, that was huge."

Nathan Walton's mother said also music made him "fit in."

“It kind of made him like everyone else," Marsha Walton said.

“No one saw an autistic kid. They saw ‘hey that kid plays piano and percussion’,” his mother said.

Nathan Walton is an only child, which allows his parents more time toward preparing him for independence in the world.

"He has really great days where sometimes the autism is just very mild and then we have days where he just has classic autism," Marsha Walton said. "But for the most part he does really well.”

Nathan Walton said playing the piano makes him feel better and he enjoys playing in front of people.

His mother said, “If there can be icing on the cake for us as a family, Nathan’s musical abilities is that.”

Marsha and Jake Walton tell their son: "do your best but always have fun."

Nathan Walton's dream is to become a session player in Nashville for Warner Music.

Jake Walton said his only hope for his son is that he finds something he enjoys and continues to learn and try new things while keeping up with his music.

Marsha Walton said, “An autistic life isn’t normal for most people and no one can understand it until you live it, but God has been very good to us and to Nathan.”