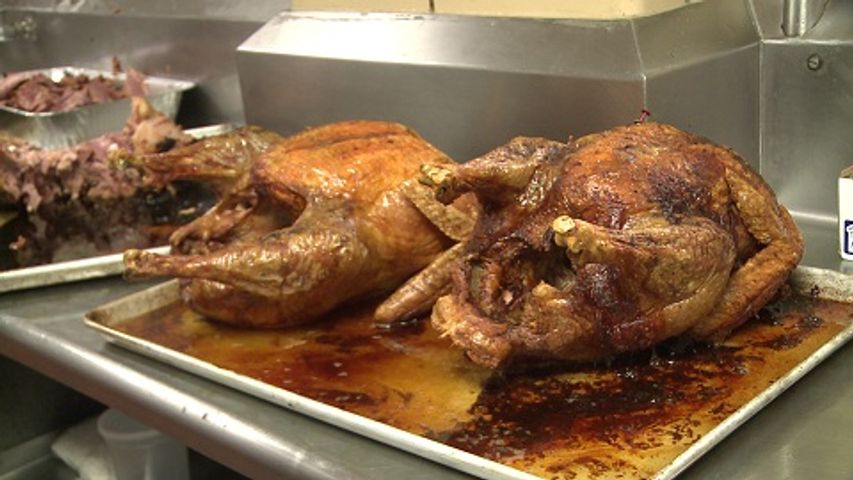 COLUMBIA - It's something many Americans deal with every Thanksgiving.

Most start celebrating their turkey days at the dinner table, but finish the meal with a tugging sleepiness exerted either on the couch or another comfortable spot to nap.

KOMU 8 investigated whether the "turkey coma" really exists. Many Americans think the chemical tryptophan found in turkey makes people sleepy after indulging in the big bird.

The simple answer is "no." Tryptophan is not the guilty party leaving stuffed families napping after their Thanksgiving meals.

Tryptophan is an amino acid found in Turkey. According to Ellen Schuster, an University of Missouri nutritionist, The amino acid helps make serotonin: a chemical which triggers relaxation in the body. Serotonin helps make the hormone melatonin which helps control people's sleeping and waking cycles.

Many people think tryptophan's interaction with serotonin and melatonin triggers those after-feasts naps. For tryptophan to make people sleepy, they must have the amino acid by itself, in a higher dose than found in turkey and on an empty stomach.

Because Turkey is a protein, tryptophan is combined with other amino acids; therefore, negating the sleepy effect.

So what really makes people sleepy after eating a Thanksgiving meal?

Alcohol: If your feast includes alcoholic beverages, then you could be sleepy from the effects of ingesting alcohol.

Relaxation: Many people spend the holidays relaxing off from work. With a lower stress level, people tend to sleep better.

Digestion: When digesting a large meal, the body's circulation sends blood to the digestive system to help break down the food. These leaves less oxygen for the rest of the body. Less oxygen in the body means a tired feeling in the muscles; a feeling of exhaustion.