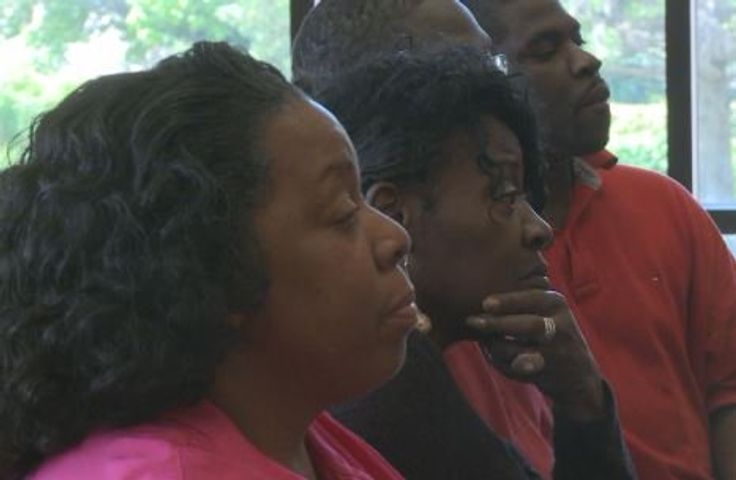 JEFFERSON CITY - Usually, Quinn Chapel A.M.E. Church in Jefferson City serves solely as a site of worship. On this Sunday, it held host to the birth of a grassroots effort aimed at defeating a voter I.D. measure set to make the August ballot, which some consider to be aimed at keeping minorities from being able to cast their vote.

"Whether you're African American, Hispanic, or elderly, those are the people that already have barriers. Those are also the populations that are least likely to have a particular kind of I.D.," said Dr. Cassandra Gould, the Church's reverend. "It is a group of citizens that are already marginalized, that are at the highest risk of having this further marginalize them."

On Friday, state legislators passed two bills that could change the way people vote in Missouri. The first, HB 1631, would require a person to submit a specified form of photo identification in order to vote in a public election. But, in order for that bill to become law, a constitutional amendment must be passed by voters. The second bill, HJR 53, asks voters to decide whether the constitutional amendment is necessary. That bill's sponsor, Representative Tony Dugger, R-Hartville, said the goal of all of this is to prevent voter fraud, and has nothing to do with race.

"If you look at the bill, they're absolutely wrong. They show up to vote, and if they have a photo I.D., or sign an affidavit, then they can still vote," Dugger said.

Not everyone agrees with Dugger - the President of Missouri's NAACP chapter, Nimrod Chapel Jr, told KOMU 8 he believes politicians like Duggar are trying to take away people's freedoms.

"I would call this a failed legislative session," Chapel said. "I would say that people who supported the legislation are not supporting core American values, and that the arguments we've heard about voter fraud are disingenuous, they're lies, they're misrepresentations, and that's not what we have politicians for. We don't need those kinds of politicians."

Reverend Gould said she believes politicians are using voter fraud as an excuse to implement a law that limits the freedoms of disenfranchised people, citing that there's only been one reported case of voter fraud in Missouri. But Rep. Dugger said just because there haven't been many reported cases, doesn't mean voter fraud isn't happening.

"You can't necessarily prove if other people have impersonated someone in order to vote," Dugger said. "All these people who are hollering, they're hollering for nothing."

Reverend Gould said she anticipates this issue to heat up before this summer's election, but is confident their grassroots effort will prevail.

"This isn't the first time ground efforts will go up against the powerful machine. We still believe the ground will win," Gould said.