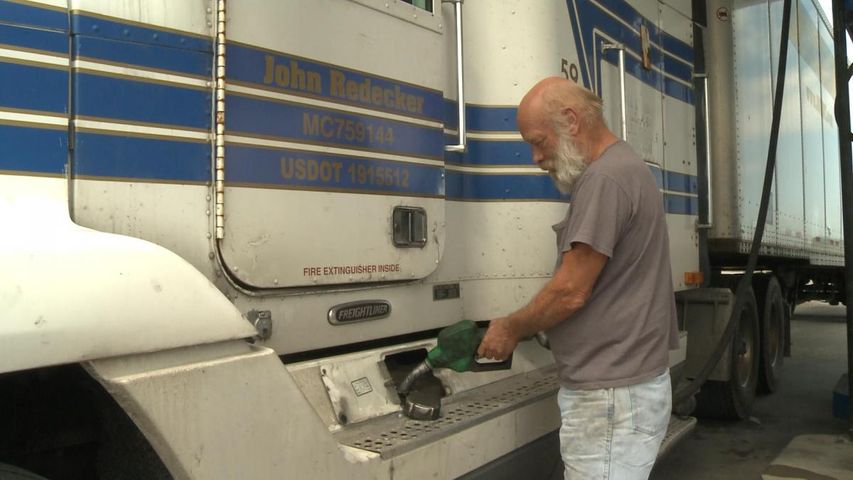 JEFFERSON CITY - The National Biodiesel Board had a lot to celebrate Thursday. Not only was it the NBB's 20th anniversary as a national organization, but Thursday marked its 5th year at its headquarters in Jefferson City.

The NBB was founded in Missouri in 1993 after researchers began studying biofuel at the University of Missouri. In 2008, the industry became commercialized. That is when the organization decided to make its headquarters in Jefferson City.

"When we take stock of where we have been and where we are going, and as we look to yet another year of record biodiesel production, we are proud that our roots remain deep in the Midwest and firmly planted in our original hometown," the NBB's CEO Joe Jobe said in a news release.

Since 1993, Jobe said biofuel production is much more common. Since 2003 alone, production has jumped from 20 million gallons to 1.6 billion gallons. Jobe said that is because, "It burns cleaner, it has better performance, and it is a homegrown fuel that is made from products grown from our farmers, from right here in the United States and we don't have to import it from hostile regions from the world."

Missouri is the second largest biodiesel producer in the nation. That is why John Redecker is a regular at BiofuelsUSA. Redecker said all his semi truck runs on is biodiesel, and he has bought nearly 80,000 gallons over the last three years.

"I make a living but I go through a lot of money. I bought $50 to $60,000 worth of diesel fuel this year alone. So it keeps more of my money in America, plain and simple," Redecker said.

Biodiesel is a clean burning alternative fuel for diesel vehicles, produced from a diverse mix of resources like recycled cooking oil, soybean oil and animal fats. It is the only EPA-designated Advanced Biofuel.