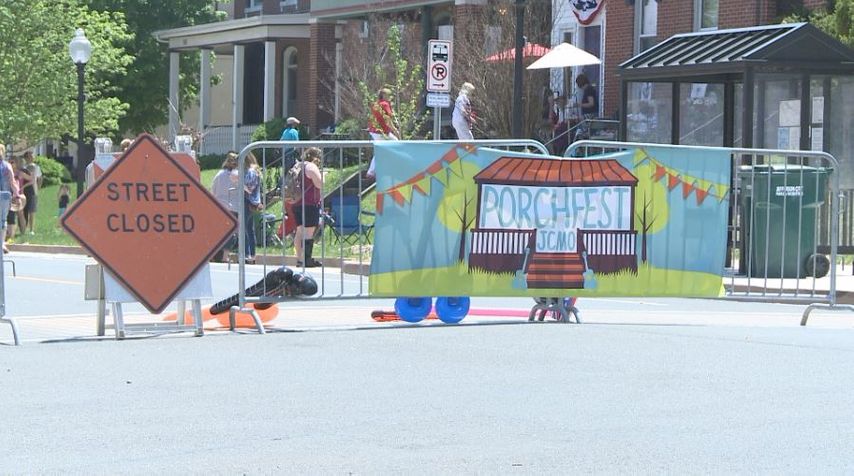 JEFFERSON CITY - Residents gathered at the state's capital on the 500-700 block of Capitol Avenue to partake in all of the art, music, food and entertainment the community had to offer at Porchfest JCMO on Sunday.

Porchfests, which started in Ithica, N.Y. in 2007, are community gatherings centered around showcasing local artistic talent, often using the porches of neighborhood homes as stages for performance.

More than 30 artists, musicians and other performers entertained crowds under the hot sun during the four-hour event, with small audiences of lawn chairs and coolers gathered around the homes.

This event was sponsored by Jefferson City Parks, Recreation & Forestry, as well as the Jefferson City Cultural Arts Commission. Those who attended the event said it was a wonderful opportunity for local artists.

"I think it's just an opportunity to showcase their talent," Whitney Lammers said, whose daughter Erin Lammers performed both original and cover music at the beginning of the festival.

Lammers, 15, says having an opportunity to perform at Porchfest is encouraging, and makes her hopeful for Jefferson City to have events like this in the future.

"This is a really big step for Jefferson City in my opinion," she said. "We've never had anything like this before and I'm happy I could be a part of it."