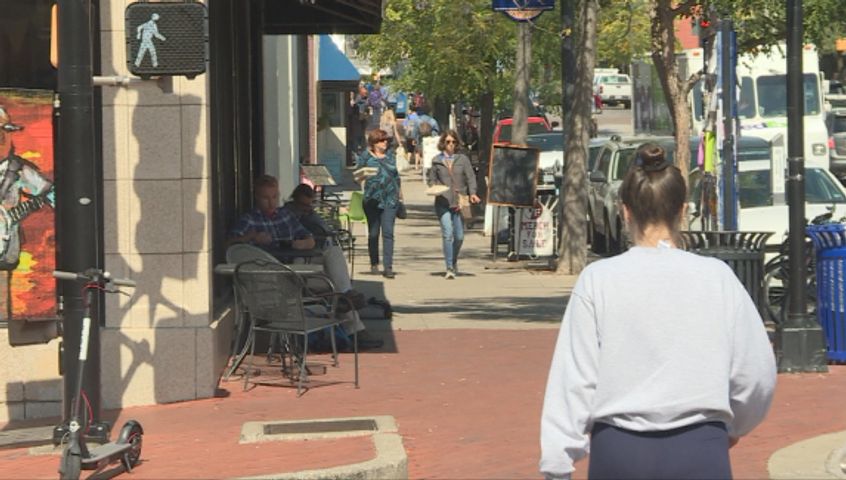 COLUMBIA - The North American Interfraternity Conference (NIC) recently adopted a standard prohibiting hard alcohol from fraternity chapter facilities and events. Of the 31 fraternity councils at MU, 23 are part of this conference.

The new standard will be implemented by 6,100 chapters on 800 campuses by September 1, 2019. It's the latest step in a series of NIC Health and Safety Initiatives launched last year.

"At their core, fraternities are about brotherhood, personal development and providing a community of support," Judson Horras, NIC President and CEO, said in a press release. "Alcohol abuse and its serious consequences endanger this very purpose."

The ban includes any products above 15% alcohol content, unless served by a licensed third-party vendor. In 2015, MU's Interfraternity Council updated its alcohol policy to include the same type of spirits. The "zero tolerance" policy would send any violators to the MU Office of Student Conduct.

From April 2016 to October 2016, at least 14 fraternities at MU were placed on probation, and three were suspended. Since October 2017, three fraternities have closed because of alcohol and hazing incidents.

In July, MU administrators announced the findings of a 40-member campus task force's report geared toward cracking down on hazing an alcohol consumption within the university's Greek community. However, one student says the alcohol is still very present at fraternity houses and events, and he said most students probably don't know about the ban.

"Do I think fraternities are still doing it? I know so," Alex Hackworth, member of Phi Delta Theta said. "Unless you're putting a security guard in each house at all hours of the day, odds are it's still going to happen."

Hackworth is part of Greek Allies, an MU club trying to change the culture of inclusion for Greek LGBTQ members. He has also taken the initiative to work with Delta Upsilon on their return to campus.

Delta Upsilon was suspended in December of 2016 after multiple reports of underage drinking and an alleged assault inside the chapter house. The fraternity allegedly provided minors with alcohol, and on one occasion, multiple students went to the hospital after drinking too much at the house.

DU's supsension ended in fall of 2018. The chapter is back on campus, and Hackworth said they are moving in the right direction.

"DU is making strides in places at Mizzou that I've never seen from a fraternity," Hackworth said. "I think other fraternities can learn from it."

Hackworth said though MU's ban and the national ban will have an impact on how alcohol situations are addressed, it's up to the fraternity itself to hold itself and other chapters accountable.

"I think the national ban is a step in the right direction," Hackworth said. "I think you can bring a horse to water, but you can't really make it drink. You can say there's a ban on hard alcohol here, but how are we making sure that ban is upheld?"

Liz McCune of the MU News Bureau said the university is working with Greek students to create a sustainable organization and that it wants students to consume alcohol responsively.

"There's no doubt that alcohol abuse in general is something that threatens the safety of our students," McCune said. "Anything that would influence students to be more responsible with alcohol use would be a positive in our perspective and would make our Greek Life safer."