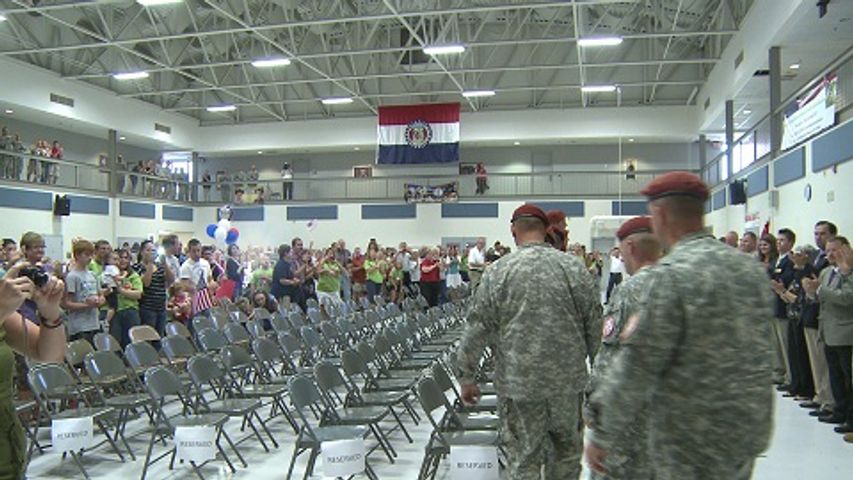 JEFFERSON CITY - Friends and family cheered as members of the 229th Multi-functional Medical Battalion and the 835th Combat Sustainment Support Battalion as they walked into the auditorium of the Ike Skelton Training Site in Jefferson City this afternoon. Governor Nixon spoke at the welcome ceremony, thanking the soldiers for their service in Egypt.

After the ceremony concluded, service members embraced their loved ones who they hadn't seen in almost a year. The units had been in Egypt supporting Task Force Sinai, a multi-national peacekeeping organization that has worked in the middle eastern peninsula since 1982.

The units were present in Egypt during a time of political instability, following the revolution of January 2011. They worked extensively with other countries' militaries in the area.