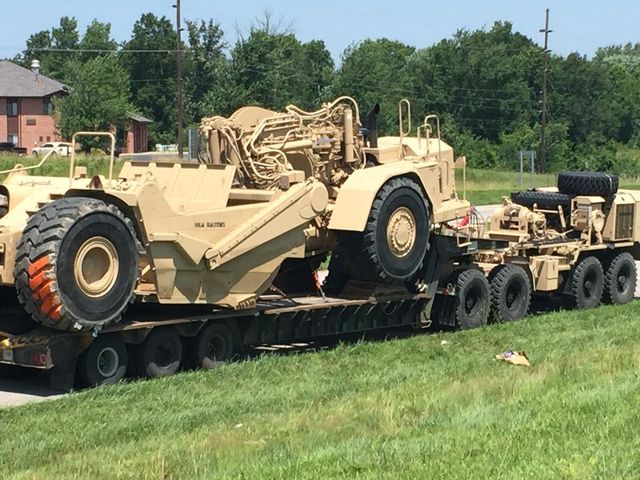 The guard was passing through carrying a truck on the back of the semi when the truck's cab collided with the overpass. Highway patrolman Scott White said it was an oversized load.

Sergeant Charles Wickes, one of the men in the truck, said the bridge didn't have any markings to tell how high it was.

MoDOT did an inspection on the bridge, but found it to be safe for drivers.