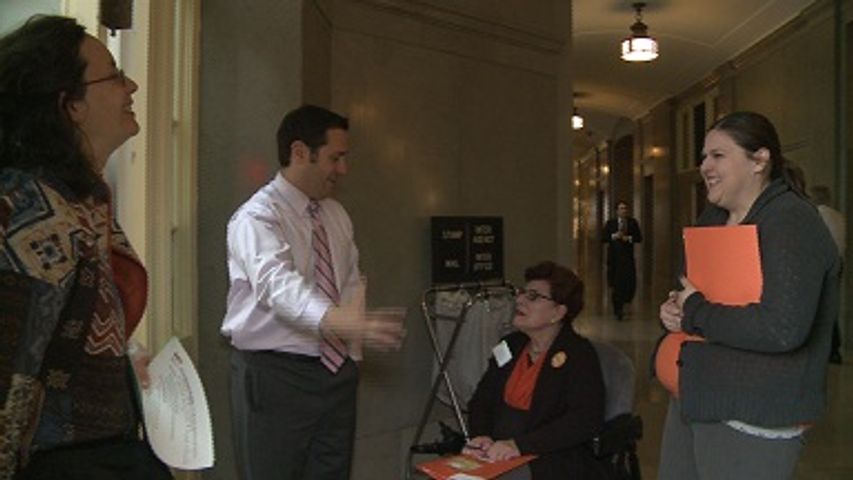 JEFFERSON CITY - The National Multiple Sclerosis Society met with Missouri lawmakers Wednesday to promote awareness about Missourians living with MS, and to push for Medicaid expansion.

Sarah Gentry with the MS society said a Medicaid expansion could mean more resources for MS patients, like access to neurologists and new treatment options. Gentry also said about 60 percent of MS patients cannot work within 10 years of being diagnosed. With a two year waiting period before patients can receive disability, Medicaid can provide patients with health coverage during that time. Gentry said if Medicaid is not expanded, it could mean trouble for Missourians living with MS. "It would impact those living with MS negatively, because there's still that barrier to health care, and we want to open up access to health care for individuals who live with MS," said Gentry.

(D) Representative Mike Colona said Medicaid expansion is needed to prevent problems in the future. "Without an expansion, smaller hospitals are at risk of closing, and less benefits will be available for those with illness or disability." said Colona.

(R) Representative Sue Allen also said changes must be made to the Medicaid program, but she does not think expansion is the answer right now. "The current Medicaid program is flawed, and it needs to be revised before we can think about expanding the program." said Allen.