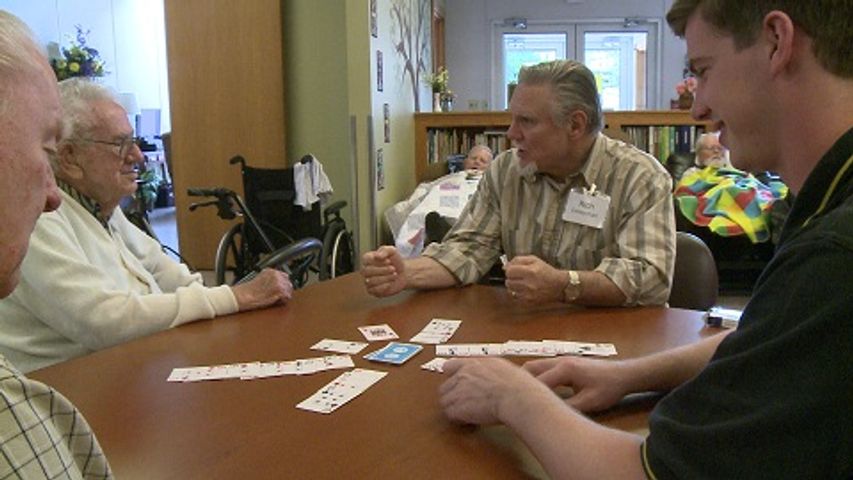 COLUMBIA- Alzheimer's affects more than 5 million Americans. Last week the U.S. government launched a national plan that raises hope for those suffering from it.

Barbara Weinstock is one of the 1600 people affected in Boone County. The 80 year old has been living with Alzheimer's for 10 years. She moved to Columbia two years ago, to live with her daughter Kathy. "I accept that this is a moment of my life where my mom is needing my care" she said.

The National Alzheimer's Plan aims to treat and hopefully prevent the disease by 2025. One of the initial steps is a $7.9 million fund that will go toward a study of inhaled insulin. The 5-year study will enroll 240 participants with MCI and Alzheimer's disease. It also includes a $16 million allocation for a prevention trial of Crenezumab (made by Genentech) in people who are cognitively normal, but are likely to get the brain wasting malady because of their genes. The trial is set to kick off next year.

Alzheimer's specialist and MU assistant professor Joel Shenker is skeptical and said this is only one piece of a giant jigsaw. "It's going to be a drop in a bucket and we need all the drops we can get, so if it's helpful it's great. But I don't think it's a maker break," Shenker said.

Shenker also pointed to research done at MU by researchers Grace Sun, David Beversdorf, and others who found elderberry juice may be helpful in stopping the damage to proteins in the brain of the patients. "If that works, this would be one of the first working treatment that gets out the disease and not just the symptoms of it."

The Alzheimer's Association is also working with the Alzheimer's community, affected families, the aging and science communities, and federal government in the fight against the mind-robbing disease.

Linda Newkirk from the Alzheimer's Association Mid-Missouri Chapter said this project is particularly encouraging because it brings together areas of research, as well as public and private agencies across the country, to work toward the same goal. "It is important because they are saying: We are doing this now and they are rushing things through," Newkirk said.

Newkirk said there are few drugs right now for the early and middle stages of the disease. So having something on the horizon is exciting both for patients and their families.

According to Newkirk there are 4000 Alzheimer's caregivers in Boone County, doing more than 5 million hours of unpaid work per year, valued at $59 million. "If it's professional training, professional caregivers will have that training and they will be able to care for their loved ones in a better way," Newkirk said.