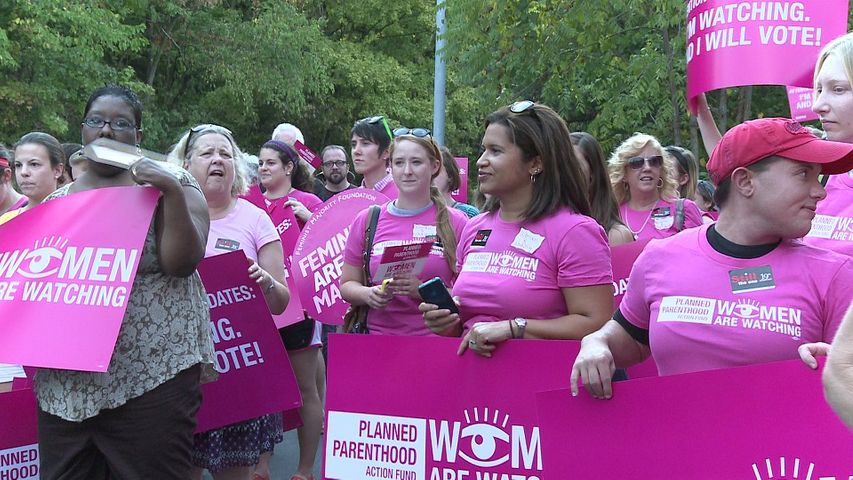 Operators of the rally, which was held outside Representative Mary Still's campaign office, said its goal is to let women know what is at stake in the upcoming elections when it comes to women's health care.

The November elections have sparked Planned Parenthood's largest ever campaign efforts. Columbia is just one of 17 stops in 11 battleground states that the Planned Parenthood "Women are Watching" bus will tour before its final destination at the Republican National Convention in Florida.

The organization has been vocal this election season, endorsing President Barrack Obama and taking aim at Missouri Republican Representative Todd Akin over his comments on "legitimate rape".

Michelle Trupiano, spokesperson for Planned Parenthood of Columbia, said despite his later apology, Representative Akin's comment was "extremely offensive but also mis-factual and just goes to show that politicians should not be legislating women's health issues when they know nothing about the issue."

"We could not have a Planned Parenthood Action Fund Meeting in Missouri this week without talking about Todd Akin. It's ok, you can boo...While Akin's statements are shocking, they are nothing new."

Trupiano says this election is unlike any other in how detrimental it could be to women's health care.

"Because of the attacks that have been happening specifically in the last 18 months around planned parenthood and de-funding Planned Parenthood, we realize we have to put all of our effort into making sure that we elect candidates that are supportive of women's health," she said.

KOMU reached out to the Representative Akin's office as well as Missouri Right to Life, but no calls were returned.