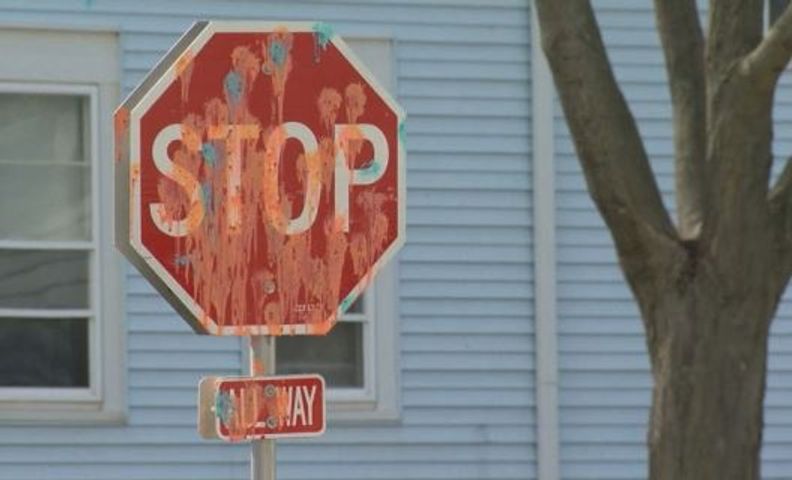 COLUMBIA - A dangerous social media trend involving paintball guns is making its way around the nation. The "Guns Down, Paintballs Up" movement, started by rapper 21 Savage, was initially meant to curb gun violence. However, it's leading to some serious injuries.

In the past two weeks, two paintball attacks have been reported to MU police. This follows hundreds of attacks in cities such as Atlanta and Detroit. Milwaukee alone say 65 people shot by paintballs in a five-day period, its police department said.

In Columbia, Matthew Hall and his friends were walking home from a sketch comedy show around 10 p.m. on April 19 when he said a van slowed down, opened a door and someone inside shot the people who were walking in front of him.

"We were right outside the Mizzou Hillel on University Avenue and these people just shot these two guys in front of me and drove off," Hall said.

In the moment, Hall said, he felt shock and confusion. He said it was clear the shooters and the victims did not know each other, which made him wonder why people were shooting in the first place.

"I mean, it was pretty clear right away it wasn't a real gun, but after I talked to these guys, they were like, 'No, we don't know these people,' so it was still a really weird situation," Hall said.

He said one victim was shot in the lower back and the other's backpack was hit. He said the situation could have been a lot worse.

"Don't get me wrong, I'm glad it wasn't a real gun they were shooting these guys, and almost me, with," Hall said. "Actually, one of the guys who was shot actually said he had a concealed carry permit, but he didn't have the gun with him. It could have been a totally different situation had he had his actual gun with him."

MUPD said it had not caught up with any suspects.

Maj. Brian Weimer said another paintball attack was reported shortly after the one Hall experienced. He said the suspect vehicle descriptions were similar, so he believed the two were isolated and not part of a larger trend in Columbia.

Hall said he is grateful for how quickly MUPD responded. He said he still feels MU's campus is safe.