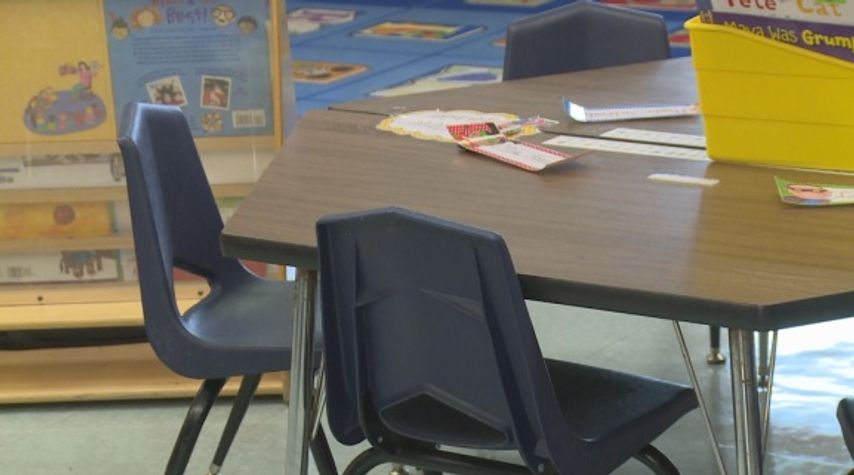 COLUMBIA - A nationwide shortage of special education teachers is having local implications in mid-Missouri.

According to the U.S. Department of Education, Office of Postsecondary Education, 25 of the 32 mid-Missouri counties have a shortage of special education teachers.

Kelley Fowler, a senior at the University of Missouri, hopes to work in special education after she graduates in May.

"Since there is a shortage, I'm not worried about getting a job," Fowler said.

Although she is still a student, she already has experience in the classroom as a student teacher.

"It really prepares you for actually teaching and running a classroom," she said.

Fowler said she always knew special education was the career for her. It all started when she babysat a neighbor with special needs.

"I had the most fun with him," she said. "He had such a unique perspective on the world and I learned so much from him."

But she said there is a reason she has stuck to her plan.

"I also think education is a basic right for all people," Fowler said.

Paul Katnik, Assistant Commissioner for the Office of Educator Equality, said that basic right is in jeopardy.

"Coming up short really means kids sitting in classrooms without the best teacher in front of them," Katnik said.

According to the certification data collected by the Department of Elementary and Secondary Education, 7.6% of the 4,472 initial teacher certifications filed through November 2018 were for special education.

"A lot of people feel like the shortages we're all talking about right now are new, that they've just shown up," Katnik said. "The truth is, they're not."

Katnik described the special education shortage (as well as math and science teacher shortages) as "persistent."

Lukin Murphy was a special education teacher for 10 years.

"I found it be extremely exhausting," he said.

Murphy said he also worked as an autism specialist, which required him to support special education staff at a Battle High School in Columbia.

"I was trying to support teachers that were overworked and overstressed," he said.

He eventually left the school setting.

"I didn't feel like I could support them in the way they needed to be supported," Murphy said.

Katnik said some young students are steered away from teaching, because it has become so stigmatized.

"Most of them will tell us, 'my parents said bad idea, my friends are like, are you crazy?"

Fowler said she is nervous about burn out.

"You can get kind of burned out by it, because there's so much paperwork and you're dealing with the most challenging students," Fowler said.

She said she knows self-care is very important in her future profession.

"The responsibilities of a teacher in special education are so in-depth that it's really difficult to maintain a good work-life balance," Murphy said.

He said special education teachers create specialized lesson plans, called Individualized Education Plans. He said they also send in reports of their students' learning and can act as a bridge of communication between students and their parents.

"Those are things that put pressure on you to give up," Fowler said. She said she hopes she can stick it out for her students.

Murphy said burn-out is not the only reason for the shortage. He said many applicants would view special education as a "foot-in-the-door" at a certain school.

"Waiting until their college to try to recruit them, I think, is a bad strategy," Katnik said.

He said current teachers can help encourage their own students.

"Every teacher in a classroom today has the responsibility to grow their replacement," Katnik said.

But Fowler is willing and ready to enter the workforce as a special education teacher despite the shortage, because she knows everyday will be an adventure.

"You can have a plan but it's going to change 10 times and you don't know what's going to happen," she said.