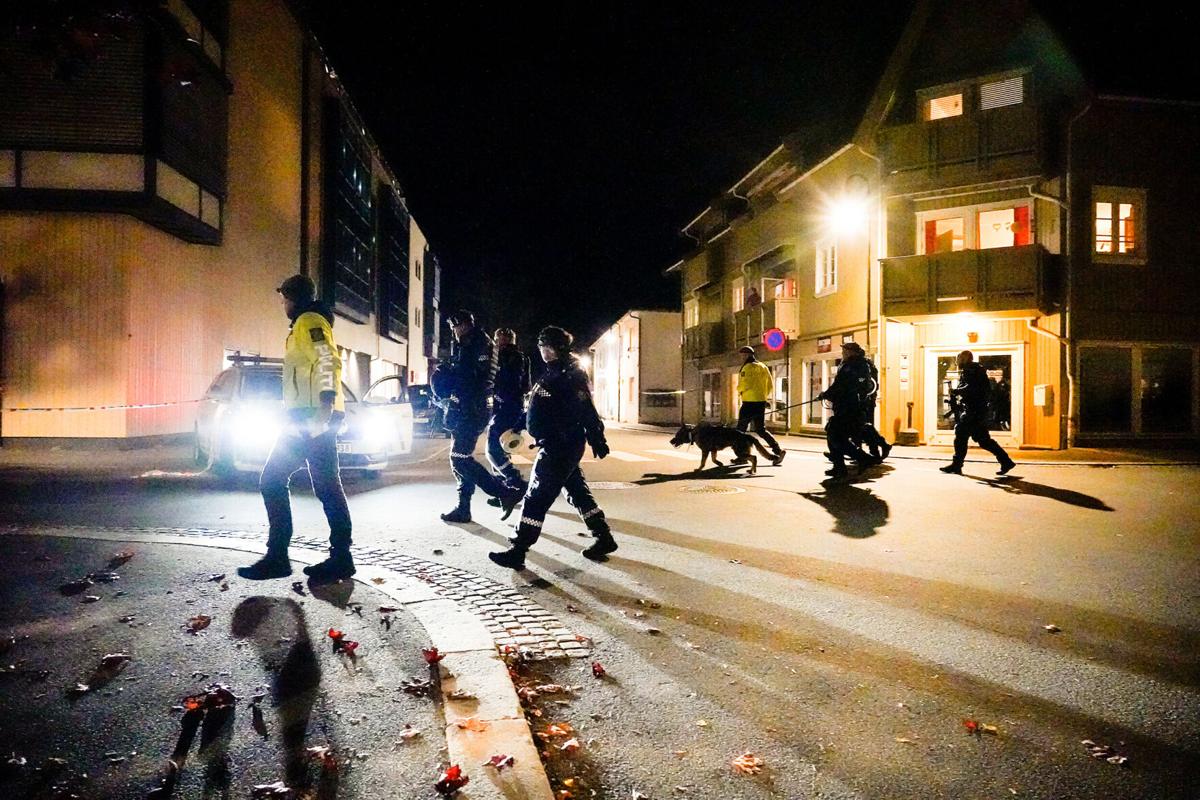 Police at the scene after an attack in Kongsberg, Norway, Wednesday, October 13 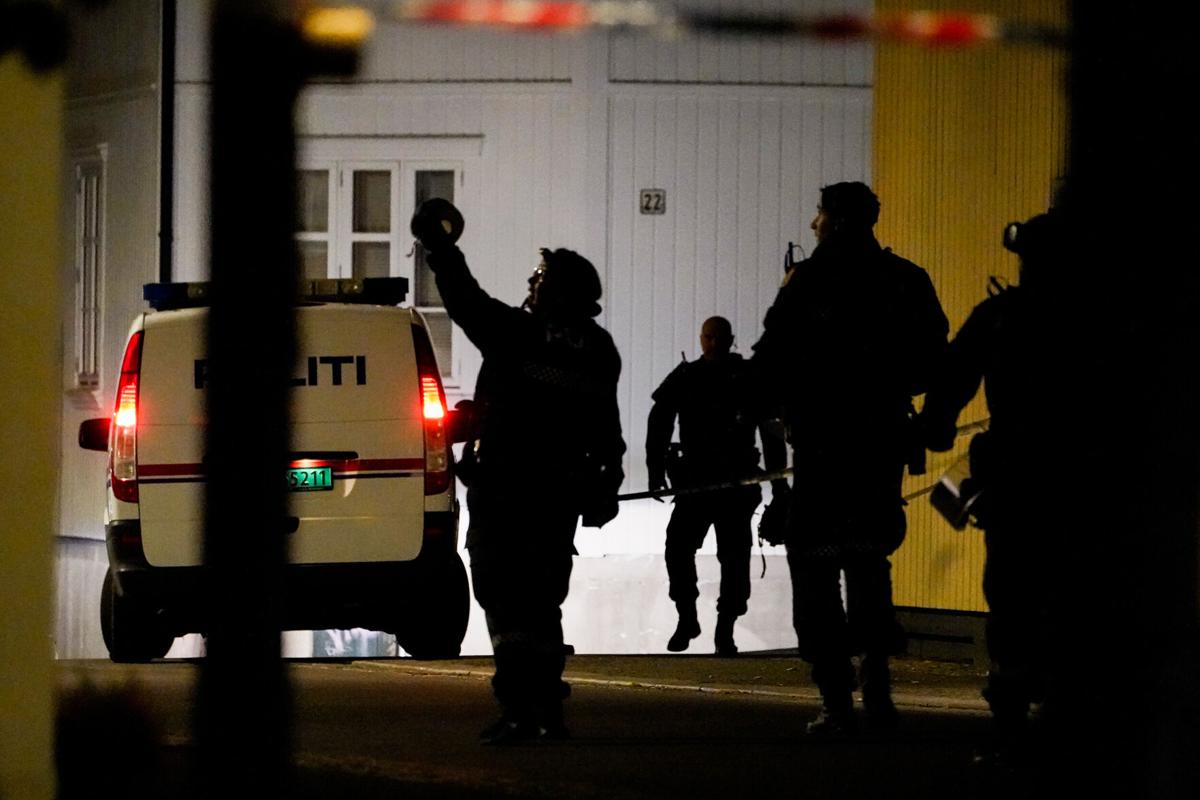 Police have not ruled that the October 13 attack may be terror-related. 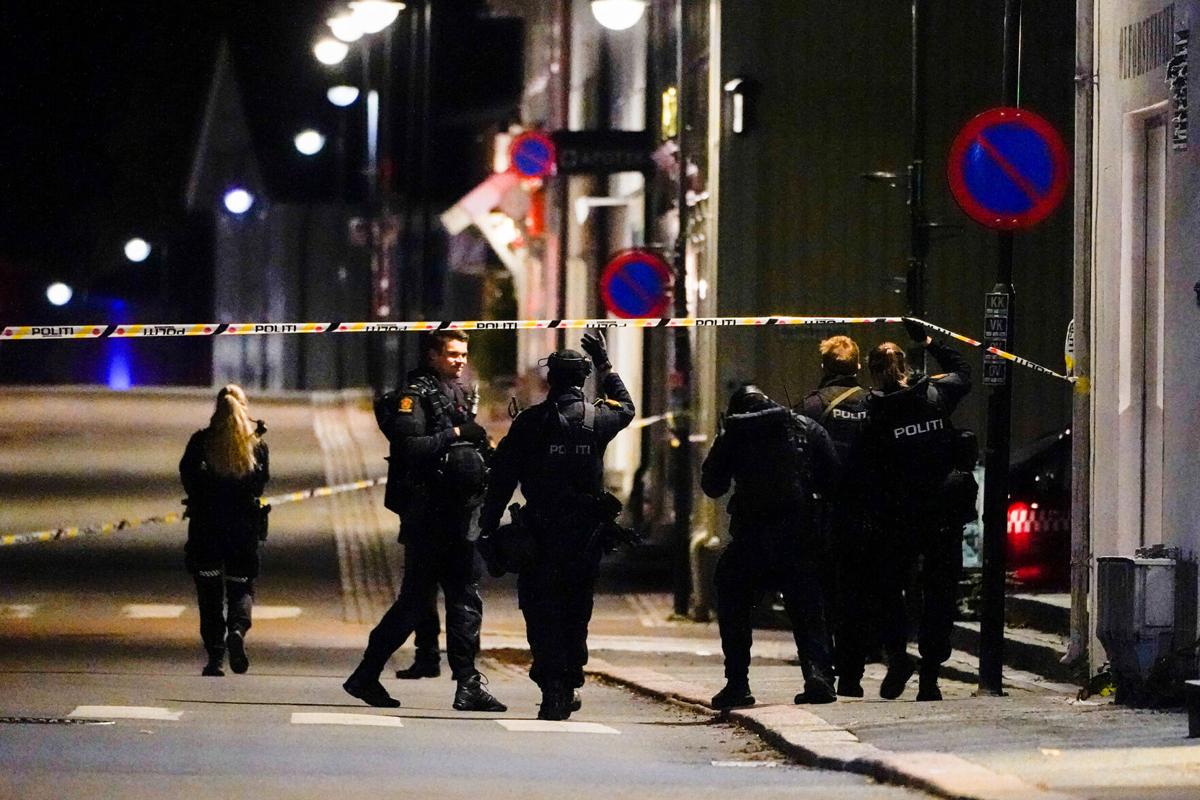 An unnamed man has been arrested in an attack in Norway on October 13.

Police at the scene after an attack in Kongsberg, Norway, Wednesday, October 13

Police have not ruled that the October 13 attack may be terror-related.

An unnamed man has been arrested in an attack in Norway on October 13.

Five people have been killed and at least two others injured during a sprawling attack in the Norwegian town of Kongsberg, according to local police.

The suspected attacker used a bow and arrow, a spokesman for Norway's southeastern police district, which includes Kongsberg, told CNN on Wednesday.

The suspect is under arrest and is believed to have acted alone. He has not yet been questioned, according to Øyvind Aas, police chief of the county seat Drammen. There is "no active search for more people," according to Aas.

Speaking to press after the attack, the police chief said authorities had not ruled out the possibility of a terror attack. "From the course of events, it is natural to consider whether this is an act of terrorism," he said.

However, "the apprehended person has not been questioned, and it is therefore too early to say anything about this and what was the person's motivation."

The suspect moved across a "large area" in the course of the attack and was apprehended at 6:47 pm local time, a police statement said.

Speaking at a press conference in Oslo, the capital, Erna Solberg, the country's outgoing prime minister, described the developments in Kongsberg as "gruesome" and promised that "all necessary resources" are being deployed.

"The perpetrator has carried out horrific acts against several people. It is a very dramatic situation that has hit Kongsberg society hard, and the events shake us all," she said.

The attack comes on the eve of a new government in Norway, after last month's parliamentary elections unseated the long-ruling Conservative party. Labour leader Jonas Gahr Støre is due to assume the role of prime minister on Thursday.

"My thoughts and deepest sympathy now go to those affected, their families, and to the police, health personnel and aid workers who are now working full time to provide an overview and assist those who need help."

According to Aas, one of the injured is an off-duty policeman who was in a store.

"The injured have been taken to hospital for treatment. The Kongsberg municipality has been notified and has set up crisis teams to assist and follow up with those who need it," he said.

Kongsberg is located 85 kilometers (about 53 miles) west of Oslo.

Local police began receiving emergency calls from central Kongsberg at 6:13 pm local time, according to a statement by the southeastern police district.

The calls reported a person walking around with "what was supposedly a bow and arrow."

Shots were fired by police during the arrest, said Aas.

"It took some time from the time our first patrol was on the scene until he was arrested. We will return to a more detailed description of the course of events when we have a better overview of what happened," he said.

Police across the country have now been given the rare order to carry firearms as a precaution.

"Due to the serious incident in Kongsberg where several people were killed and injured tonight, the police in Norway are temporarily armed," the Norwegian Police directorate said in a statement on Wednesday.

"This is an additional emergency measure," the statement added. "The police currently have no concrete indications that there is a change in the threat level in the country."

Under Norwegian law, officers typically must have prior approval to carry firearms.

The attack comes just over a decade since Norway's worst terrorist attack.

In July 2011, Norwegian far-right extremist Anders Behring Brevik killed 77 people, many of them teenagers, in a bomb attack and gun rampage. He was sentenced to 21 years in prison, the maximum possible term.

In August 2019, another man stormed an Oslo mosque armed with guns before being overpowered. That year, the country's intelligence service reported that right-wing terrorism was on the rise globally, and warned that the country would likely be targeted in the near future.

This is a developing story and will be updated.