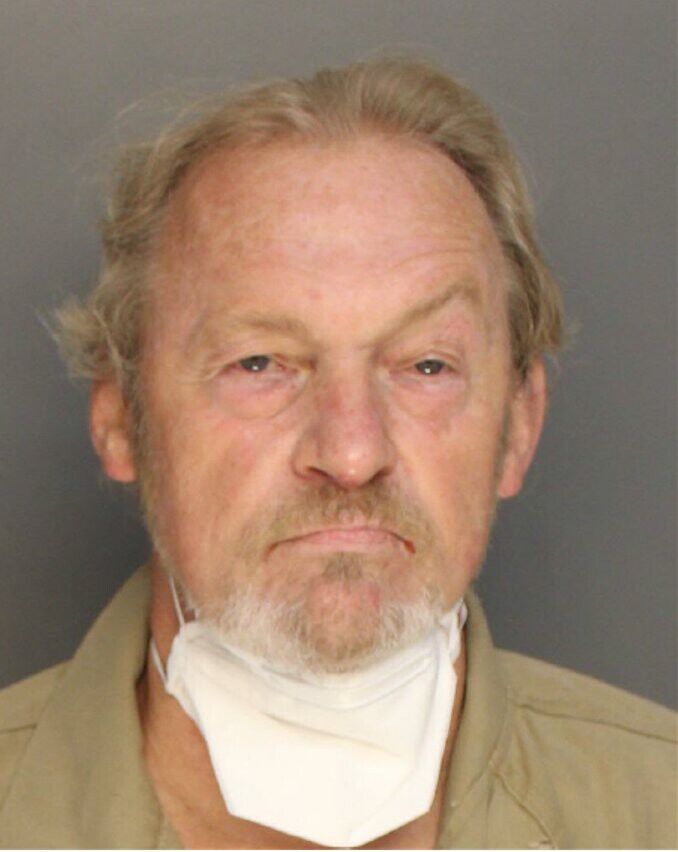 The Colleton County Sheriff’s Office has released the mugshot for Curtis Edward Smith, the man authorities say shot Alex Murdaugh in the head on September 4 at the request of Murdaugh. 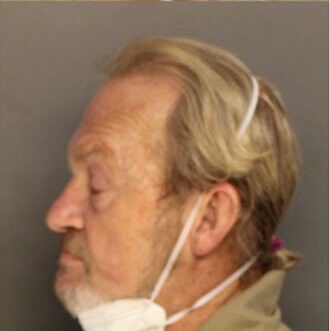 Alex Murdaugh allegedly provided Curtis Edward Smith, 61, of Colleton County, with a firearm and told Smith to shoot him in the head, according to the affidavit released Tuesday. 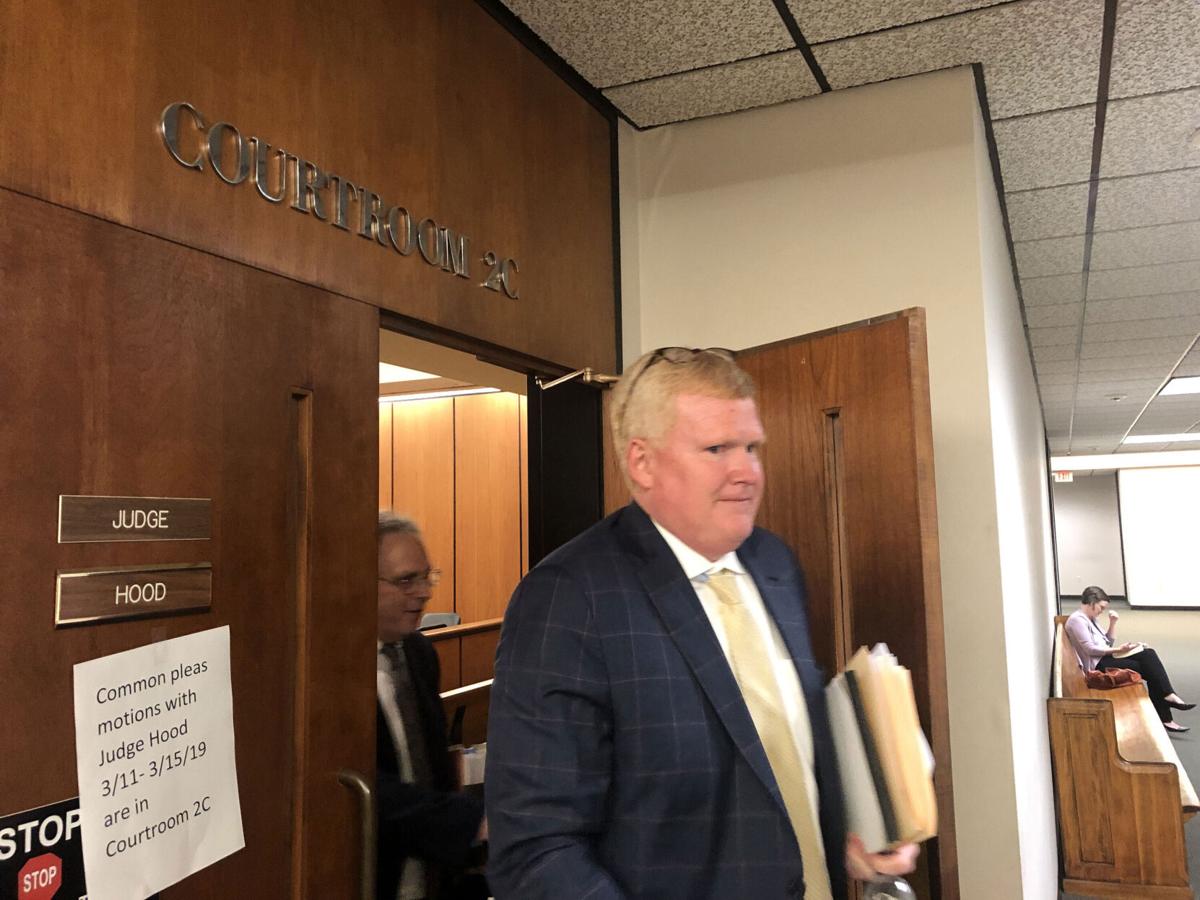 Authorities have charged a man in the shooting of prominent South Carolina lawyer Alex Murdaugh, seen here leaving a hearing at the Richland County Courthouse in March of 2019.

The Colleton County Sheriff’s Office has released the mugshot for Curtis Edward Smith, the man authorities say shot Alex Murdaugh in the head on September 4 at the request of Murdaugh.

Alex Murdaugh allegedly provided Curtis Edward Smith, 61, of Colleton County, with a firearm and told Smith to shoot him in the head, according to the affidavit released Tuesday.

Authorities have charged a man in the shooting of prominent South Carolina lawyer Alex Murdaugh, seen here leaving a hearing at the Richland County Courthouse in March of 2019.

A prominent South Carolina lawyer whose wife and son were shot and killed three months ago arranged for a former client to kill him so that his surviving son could collect a life insurance payout of about $10 million, according to court documents.

Alex Murdaugh, 53, was shot in the head in a roadway on September 4 but survived. A family spokesperson had previously blamed the shooting on an unidentified man in a blue truck. However, Murdaugh admitted to authorities Monday that he had conspired with the man to kill him as part of a suicidal fraud scheme, according to an affidavit to support charges against the alleged gunman.

Curtis Edward Smith, 61, was charged with assisted suicide, assault and battery of a high and aggravated nature, pointing and presenting a firearm, insurance fraud and conspiracy to commit insurance fraud, according to the South Carolina Law Enforcement Division (SLED).

Murdaugh is described as a co-defendant in the affidavit, though no charges have been announced against him. Additional charges in the case are expected, SLED said.

On NBC's "Today" on Wednesday, Murdaugh's attorney Dick Harpootlian acknowledged the scheme, saying his client was depressed and suicidal due to the recent deaths of his wife, son and elderly father, as well as his struggles with opioid addiction.

In a statement, attorneys Harpootlian and Jim Griffin said their client "is not without fault" but added his "life has been devastated by an opioid addiction."

"For the last 20 years, there have been many people feeding his addiction to opioids," the attorneys said. "During that time, these individuals took advantage of his addiction and his ability to pay substantial funds for illegal drugs. One of those individuals took advantage of his mental illness and agreed to take Alex's life, by shooting him in the head."

The admission and affidavit answer one part of a sprawling mystery involving one of the most powerful family dynasties in coastal South Carolina. Murdaugh's father, grandfather and great-grandfather served for a combined 87 years as the 14th Circuit Solicitor, which leads prosecutions for Allendale, Beaufort, Colleton, Hampton and Jasper counties in the state. Murdaugh was an attorney for a local law firm.

More recently, though, the family has been embroiled in a series of bloody tragedies, including the fatal shootings of Murdaugh's wife Margaret, 52, and son Paul, 22, in June. Murdaugh called 911 and reported he found them shot dead outside of their home in Islandton, a small community about an hour north of Hilton Head Island, according to authorities.

The killings have not been solved, and Murdaugh has denied responsibility. The investigation into their deaths also led authorities to reopen the 2015 unsolved death of 19-year-old Stephen Smith in Hampton County.

Murdaugh faces other legal and personal issues as well. His shooting on September 4 came a day after he resigned from his law firm amid allegations he had misappropriated funds. Two days after the shooting, Murdaugh released a statement saying he was entering rehab, and his law license has also been suspended.

"The murders of my wife and son have caused an incredibly difficult time in my life. I have made a lot of decisions that I truly regret," he said in the statement. "I'm resigning from my law firm and entering rehab after a long battle that has been exacerbated by these murders. I am immensely sorry to everyone I've hurt including my family, friends and colleagues. I ask for prayers as I rehabilitate myself and my relationships."

Murdaugh was not fatally wounded when he was shot on September 4. Afterward, he called 911 to report he had been shot on a road in Hampton County, according to SLED, and he was taken to a hospital in Savannah, Georgia.

Authorities initially described Murdaugh's injury as a "superficial gunshot wound to the head," though Murdaugh's attorneys said his skull was fractured in the shooting.

A family spokesperson initially issued a statement saying an unidentified man had shot Murdaugh. "Alex pulled over after seeing a low tire indicator light. A male driver in a blue pick-up asked him if he had car troubles, as soon as Alex replied, he was shot," the statement said.

There is more to the story, however, according to the affidavit. ​

Murdaugh allegedly provided Smith, a 61-year-old from Colleton County, with a firearm and directed Smith to shoot him in the head, the affidavit states. The purpose of the scheme was for Smith to kill Murdaugh so that his son could collect the life insurance payout, according to the affidavit.

Smith admitted Tuesday to being present at the shooting and to disposing of the firearm afterward, the affidavit states.

The charges for the alleged shooting and conspiracy are based in Hampton County. Smith also was charged with the distribution of methamphetamine and possession of marijuana in Colleton County, according to SLED. The drugs were found in a search of Smith's home on Tuesday, according to the affidavit.

It's not clear if Smith has retained legal counsel at this time. The Colleton County Sheriff's Office said Smith had a bond hearing on Wednesday morning and received a $5,000 cash surety bond for the meth charge and a personal recognizance bond for the marijuana charge. He was transferred to Hampton County custody on Wednesday afternoon, authorities said.

Murdaugh had represented Smith as his attorney on at least two occasions dating back to 2010, according to court records from the Colleton County 14th Judicial Circuit.

He first represented Smith in a personal injury lawsuit that Smith brought against a land management company, and Murdaugh is also listed as Smith's attorney for a 2013 traffic infraction, the court documents show.

Murdaugh's attorney says he was depressed and suicidal

Harpootlian, Murdaugh's attorney, said on "Today" that the murders of his wife and son "took a tremendous toll on him." So, too, did the death of his father at age 81, who passed away peacefully at his home that same week, his obituary said.

In addition, allegations that Murdaugh had misappropriated funds from his law firm Peters, Murdaugh, Parker, Eltzroth and Detrick (PMPED) came at the same time as a self-initiated detox, which Harpootlian said sent Murdaugh into "a massive depression."

Murdaugh decided to end his own life but believed his life insurance policy had a suicide exclusion, his attorney said. Harpootlian said Murdaugh's scheme "was an attempt on his part to do something to protect his child," Buster, his eldest and only living child.

Harpootlian said he and Griffin visited Murdaugh on Monday in an out-of-state detox facility.

"We actually had the first conversation we've ever had with him where he wasn't on opioids or oxy. And as a result of that, he clearly knew what he had done was wrong," Harpootlian said.

Harpootlian said he fully expects Murdaugh will eventually be charged in the conspiracy case, but his client's hope is that authorities will stay focused on solving the murder of his wife and son.

In a statement to CNN, attorneys Harpootlian and Griffin said Murdaugh is cooperating with authorities and continues to deny he had any role in the killings of his wife and son.

"On September 4, it became clear Alex believed that ending his life was his only option. Today, he knows that's not true," the attorneys said.

"Alex is fully cooperating with SLED in their investigations into his shooting, opioid use and the search to find the person or people responsible for the murder of his wife and son."