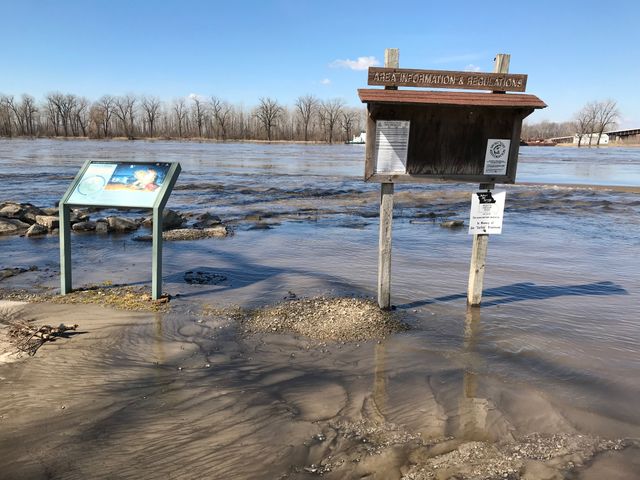 GLASGOW - Flooding has begun in the Missouri River from runoff of water in neighboring states.

The midwest snow in the winter and the rain from last week are melting. Spencer Dam in Nebraska broke, which is causing more flooding in Missouri.

Roger Stice works in Glasgow and stops by the river every day to see the flooding. He said there is a boat ramp in the river that was visible Sunday.

"Just two days ago you could see the end of the boat ramp. Now it's completely gone," said Stice.