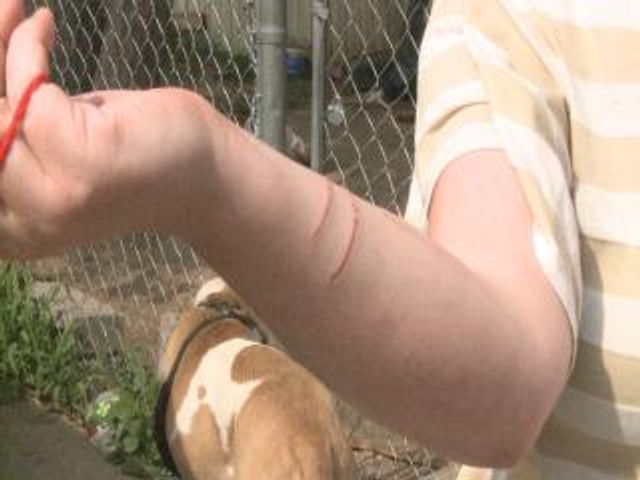 COLUMBIA  - Three neighbors saved two dogs after a fire broke out in a home on Rangeline Street.

The Columbia Fire Department responded to the fire at 2904 Rangeline St. Tuesday night. Firefighters said the fire started in the kitchen. No one was inside at the time.

Shyann Harris was sitting outside of her grandmother's home when she heard an alarm ringing. She said she saw the fire and quickly ran over to Michelle Allison's home.

Allison and her daughter Dayja Logan knew the owners had pets. They quickly pushed Harris through one of the windows. Harris managed to grab one of the dogs inside but could not find the other.

Allison then walked into the home and saved the second dog. She said as she was rescuing the dog, it bit into and scratched her arms, causing minor injuries.

"The second dog was scared," Allison said. "I pretty much knew I was going to get bit, the dog was going to die otherwise, so I went for it and got bit."

"It wasn't their fault," Logan said. "There was a lot going on and they didn't know what was happening so they were trying to fight back."

The kitchen was the only area damaged.