Neighbor says shooting is "a little too close to home" 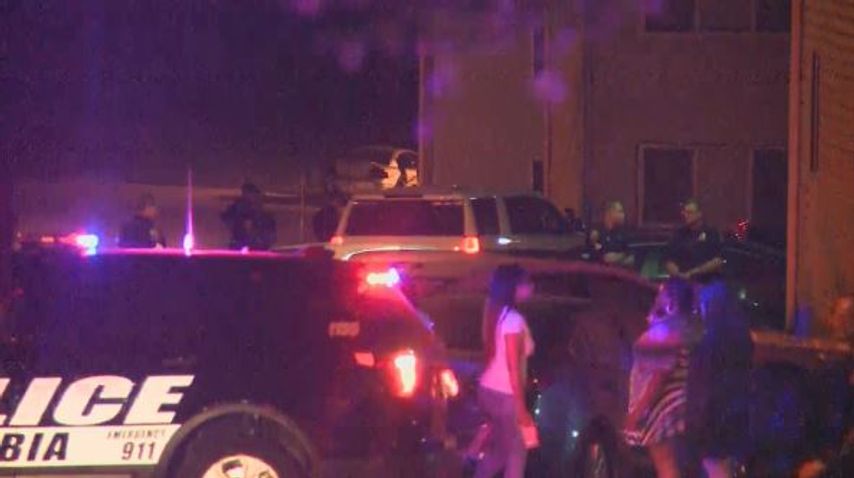 COLUMBIA - Some neighbors are "shaken" and "on edge" Tuesday following a Monday night shooting that left one man dead.

Dante Guzman lives behind the Deerfield Apartments in northeast Columbia where Monday night's shooting took place. Guzman said he and his wife came home around 7:40 p.m. and five minutes later he heard the shots fired.

Tuesday morning, the Columbia Police Department identified the victim of the shooting as 24-year-old Gabrielle Rhodes. Officers confirmed Rhodes was pronounced dead at the scene.

Guzman said he ran to check on the victim after he heard the gunshots.

"When I looked at the body, I saw he was wearing pants, jeans, Nikes, and a sweatshirt. And I'm like, that's what my kids wear to school. I'm like that could have been my son and from there I was just shaky and scared," Guzman said.

Guzman said he told his wife to call 911 and told his kids to get away from the windows.

"Right here, this is a little too close to home. I do feel scared and nervous because it was less than 100 feet from my house. I could have been in the backyard mowing my lawn, it could have been my kids playing in the yard," he said.

CPD arrested three men on the scene of Monday night's shooting for their alleged involvement in a different shooting hear the Highway 63 Connector.

Guzman said this is the first time that his family has experienced anything like this since they've lived in the neighborhood.

The Columbia Police Department refused to comment on the investigation Tuesday.

[Editor's Note: This story has been updated with the latest information.]