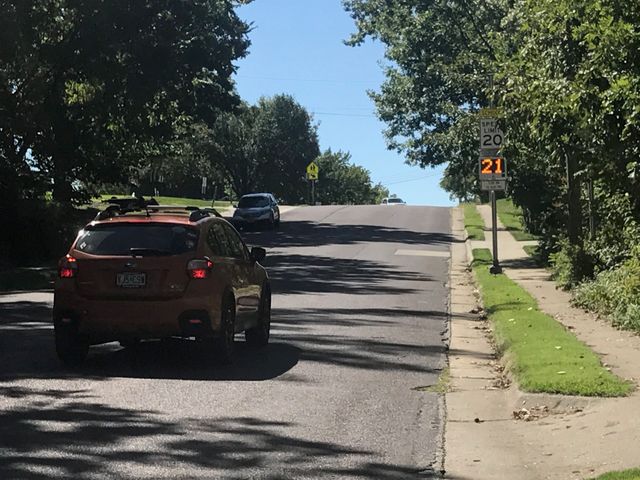 COLUMBIA - High speeds and heavy traffic along Rollins Road resulted in a public forum Wednesday night. Columbia Public Works did a data analysis of the area after getting a petition from a neighborhood.

Richard Hayes, who lives off of Rollins Road, initiated the petition due to the high speeds he's seen living in the area for the past 20 years.

"Two and a half years ago we started a petition of people who lived in the neighborhood on West Rollins and the intersecting streets," Hayes said. "We enlisted over 40 people to find ways to calm traffic and cut down on the speeding."

Hayes worked alongside Public Works and Councilman Ian Thomas in order to bring attention to this issue.

Traffic Engineering Supervisor Jacob Ray said, "Tonight's meeting is to go over what people in the neighborhoods are seeing as far as concerns about traffic and speeding in their neighborhood and just try to get an idea of what some of those issues are."

Most concerns voiced at the forum regarded speed, high volume of traffic and the large hills on the road.

"We have two very large hills on a three-block area and a few speeders go by there," Hayes said. "It's a pedestrian neighborhood and we're concerned about it."

"We're gonna take that feedback we receive and try and address as many of those concerns as we can about the project," he said.

Ray has already worked on projects on this year's priority rating system list. Stewart Road and Rice Road already have speed impairments set-up, with hopes of decreasing speeds on those streets. Sexton Road is also in the line-up.

There was no consensus at the public forum, but another forum is expected to be held in the coming weeks after all opinions and comments from the public have been heard.