Neighborhood waits six months for route home to be cleared 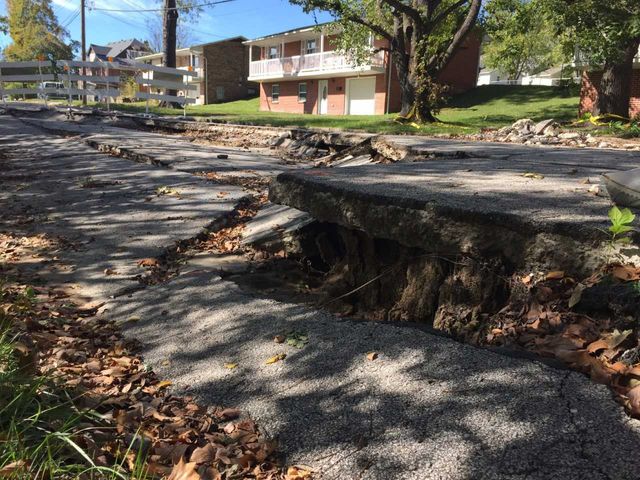 A section of the street collapsed after a stream bank slide caused pavement to collapse in early May. The street has been closed ever since.

“Lincoln Street being closed is very irritating because instead of driving just really close to my house, I got to drive all the way around,” Jefferson City resident Alicia Gutierrez said. “It is a couple minutes longer, and it is definitely irritating when I am really wanting to be home.”

South Lincoln Street is located above Boggs Creek, and the original slide has slowly gotten worse over time.

“I’ve been recording it for a little while now,” Jefferson City resident Michael Johnson said. “There was a spot at first I would have been able to put my foot in there, and now I am able to put my whole body in it.”

“This is an unusual project for the city,” Morasch said. “We had to get an engineer to figure out how to fix the road. It isn't as simple as normal projects we have done.”

Morasch said they are still waiting to receive a permit from the U.S. Army Corps of Engineers.

The permit states the city has to wait to do some of the repairs until after Nov. 1.

Monday, Jefferson City's council approved the contract with GWH Landscape. The contract is expected to cost $338,964.60.

Morasch said GWH Landscape could start to remove pavement and get the site ready as early as next week.

The project is expected to take 50 days, with the project possibly being completed at the end of December.