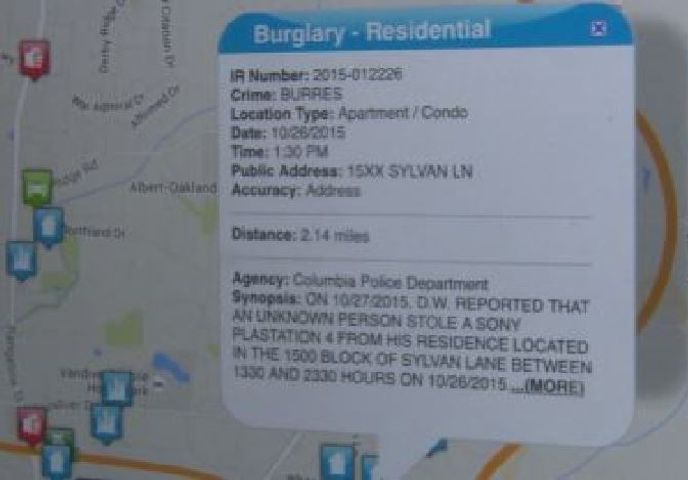 This year there have been 550 burglary investigations with nearly half the cases not involving forced-entry, meaning the criminals just opened a door or window that was unlocked.

In addition to the report, the department released a reminder advising people to "lock, pop and drop," meaning lock doors and windows, pop the lights on, and drop the blinds.

Columbia Neighborhood Watch president Irwin Schneider said there are about 3,000 participants in the program across the city, but interest in the meetings seems to peak when there is an uptick in crime.

“Sometimes we have 30 people and sometimes we have 10,” said Schneider, “but we would like them to be interested and involved all the time to keep that crime out of their neighborhoods.”

Approximately 50 percent of this year’s burglaries were targeted in south Columbia.

Columbia resident Judy Alexander says she appreciates the watch program in her area and it is up to neighbors to look out for one another.

“Anytime in the day or evening you see people out walking and I think that really helps keep people observant of what’s going on," Alexander said. "We also have neighborhood organizations where people get to know each other and I think when you know each other you are more apt to know what to look for, so I think it’s a great program. I think we need it in Columbia.”

Columbia Neighborhood Watch is holding a training session Tuesday night at Benton Elementary School at 7pm to motivate communities to be more proactive and vigilant against crime.