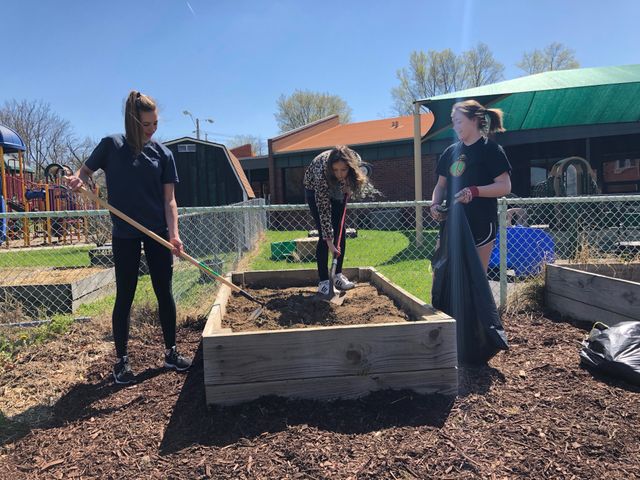 COLUMBIA - Local church volunteers worked together Saturday to provide services at numerous sites around the city as part of an event called ForColumbia.

ForColumbia coordinator Shelley Mayer said she wanted to keep the locations of those residential properties anonymous.

“People have a hard time asking for help,” Mayer said. “I think it’s hard for people to believe that others would give up their time for a stranger. And that’s actually exactly why we do it.”

Mayer said one single dad needing help with his home helped the volunteers complete the repairs.

“The work that’s being done to his house is amazing, but it’s just wood and stone. What’s more important to him is the way people have come in and been willing to give their time and treated him with respect and love,” said Mayer.

This was volunteer Debbie Nagel’s first year at the event. Nagel worked at Frederick Douglass High School, and said the group of volunteers planted flowers, picked up trash and prepared garden beds for the school's students to plant vegetables in.

According to ForColumbia’s website, the event’s mission is “to bring Christians together to share God’s love by serving our community, side by side.”

This was the fourth ForColumbia event, which began at 9 a.m. and ended at 4 p.m.