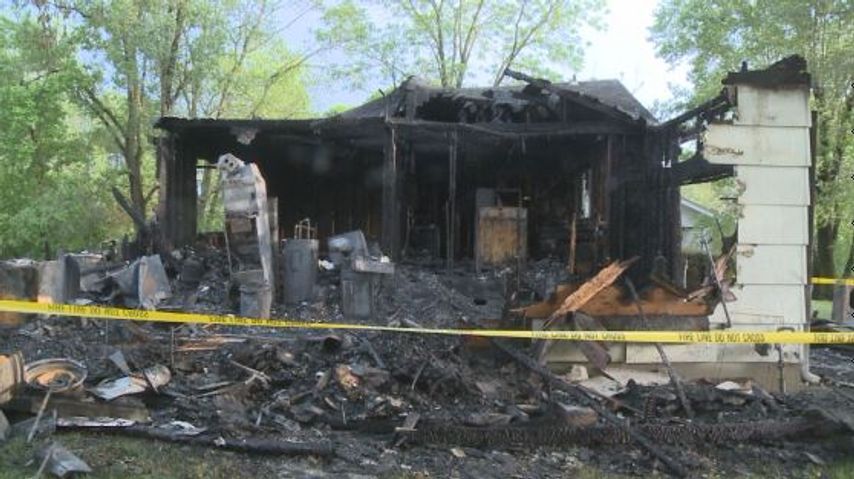 JEFFERSON CITY- A fire burned down a home Tuesday on South Country Club Drive in Jefferson City. The fire started around noon from what neighbors believe was the lawnmower.

Neighbors Kevin and Zebediah Miller said they were on their way to the shooting range Tuesday, but it was a good thing that it started raining, bringing them back home.

"Around 11:30 a.m. we were sitting outside, and I started seeing smoke and then he (the home owner) came out, and I called 911," Kevin Miller said.

After they saw the owner come out of the house, they also saw another neighbor, Yvonne Scheperle Bronner, running across the street to make sure everyone had gotten out of the house.

"I was burning a stump outside, and I thought the fire was a reflection of what I was burning, but it kept getting bigger, and I realized the house across the street was on fire. I said, 'Mother go call 911', while I ran to make sure everyone was out of the house," Bronner said.

Bronner said she believes the lawn mower created the fire because it started in the garage and the owner had mowed the lawn not too long before the fire started.

The Cole County Fire Department came back out to the home around 6 p.m. due to sparks of flames in the ceiling.

The residents of the home got out okay, and no one was hurt in the fire. According to neighbors the home owners went to stay with family members.