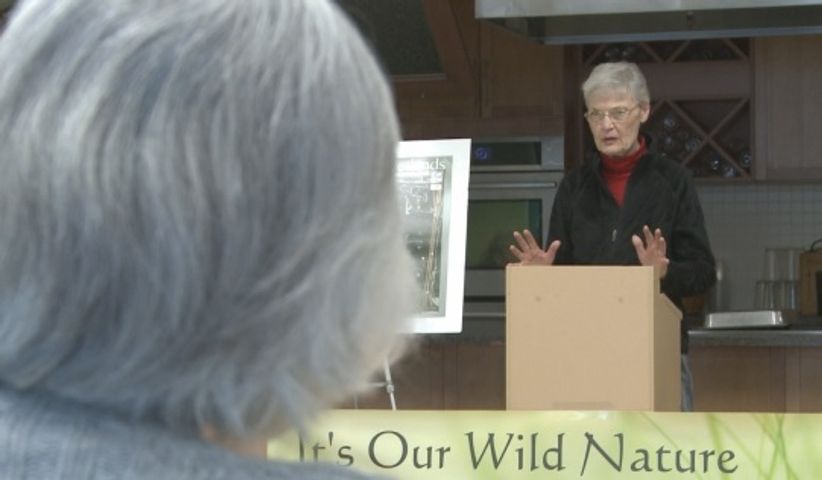 "It's Our Wild Nature" (IOWN) hosted the meeting in a conference room above the HyVee on Conley Rd. for Hinkson Valley, Shepard and East Campus residents.

The city proposed three different options for the trail connection inside 63, Stadium and Hinkson Creek. IOWN proposed the original idea for the fourth option.

IOWN representatives said Saturday the fourth option for the trail connection won't disturb the natural environment around Hinkson Creek. The organization proposed a pedway along Stadium Boulevard south of the area, suggesting pedestrians, cyclists and others use sidewalks along existing streets to get around the area.

PedNet and the city argued the fourth option, which doesn't cut through the forested area at all, doesn't offer enough "mode shift potential". In other words, the potential that a person would ride a bicycle or walk somewhere when they might otherwise drive.

Sutu Forte, the Chairwoman of IOWN, said option 4 is the only one that will conserve the nature of the area, and allow a safe option to get from Rollins St. to the Shepard neighborhood.

Forte said option 4 proposes "an extended walkway, basket-style, that would widen Stadium another foot or so. Very stable, very secure, very protected for children, for walkers," she said.

Forte said PedNet's presentation at the meeting Saturday "pretty much summed up that option 4 is worthless".

Windmoeller said, "There's really no connection for anybody that's not already there. When you're talking about connecting parts of the city to other parts of the city, that's where you get a transportation mode shift, but when you're just improving an area that already exists, you're not making any further connections."

The Public Works department said the city council will receive recommendations, potentially in March, from residents and staff from GetAbout Columbia to determine a course of action on the project.

A full breakdown of the project and the various options can be found here.