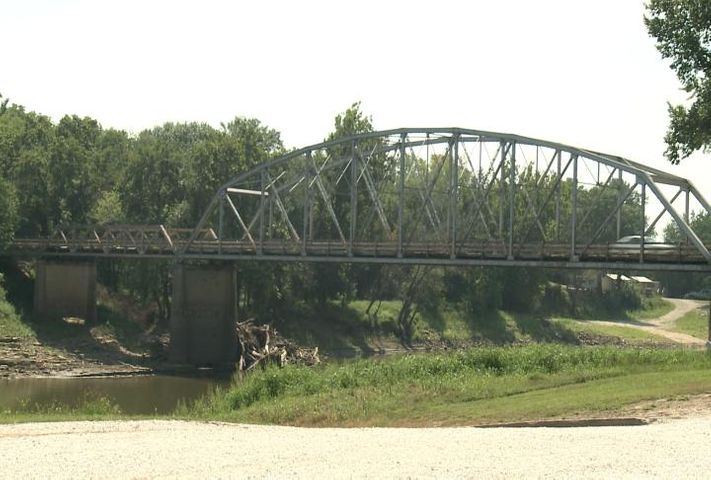 LAMINE - Cooper County residents are waiting to hear back from MoDOT after months of preparing a new proposal for the Lamine Bridge reconstruction.

"Safety is our number one concern," Cooper County resident Tim Weekley said. "We want a site distance and we want to get this bridge off blind corners so wide loads can pass."

Residents teamed up and started a petition back in July that received almost 900 signatures. They were able to present the petition along with their proposal for bridge construction to MoDOT two weeks ago.

MoDOT's current plan is to replace the 77-year-old Route 41 bridge over the Lamine River in Cooper County. The project involves removing the current bridge and constructing a new bridge in the same location. It would take place during the spring and summer of 2014.

Back in June, the residents held a meeting to discuss their concerns about MoDOT's plan for the bridge. Everyone at the meeting agreed that the bridge did not just need to be replaced, but moved to a new location as well. The current bridge is narrow meaning wide loads have to cross the bridge one at a time. Farmers bringing equipment over the bridge frequently have to send someone to the other side of the bridge to flag down vehicles before they can cross. Residents say this is a safety concern since there are blind corners on either end of the bridge, making it dangerous to flag down cars coming at high speeds around the corners.

At this meeting in June, MoDOT said it was not invited to the meeting, although residents attending said otherwise. MoDOT's Area Engineer Mike Schupp said that moving the bridge would cost an extra $800,000, and that money can be better used elsewhere. He said that he belives replacing the bridge in the same place will take care of local concerns.

Since the petition and proposal was presented to MoDOT, MoDOT is seriously reconsidering the proposed plan.

"It kind of looked like MoDOT had its mind set on it going right back in its current location, but as it stands now they are at least listening to us and we really appreciate that," Weekley said.