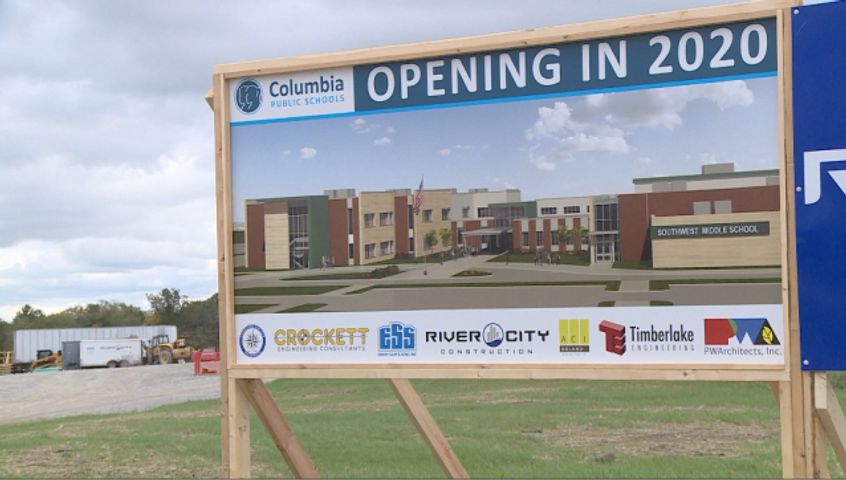 While there has not been much change to the area yet, nearby residents are concerned with how traffic and safety will be handled on Sinclair Road once Southwest Middle School school opens in 2020.

Dearld Snider lives up the road from where the new middle school will soon stand. Both of his daughters went to Gentry Middle School where, he said, there was an overcrowding problem.

“The relief the new middle school will bring will be much appreciated,” Snider said.

Snider said the new middle school could be a good addition to the area, if it is done in the right way. He and his neighbors are concerned with the streets and sidewalks surrounding the school.

Sinclair Road has two lanes with no shoulder. Snider said there needs to be an expansion on the road and sidewalk system that surrounds the area to keep it functioning properly when a greater amount of people come to the area.

“The safety tied to Sinclair Road is so important,” Snider said. “It needs to be a wider road, turn lanes are absolutely necessary and traffic needs to be slowed down.”

Snider said the open land surrounding the school will probably be developed, too. He said in order to make the area “safe and attractive” for these future developments, the city needs to start making changes now.

“If you look across the street, there is all sorts of land that you know is going to be developed within the next few years, and without the proper infrastructure, we’re going to be playing catch up,” Snider said. “I would much rather see the city be proactive instead of reactive.”

Paul Cushing, Vice President of the Columbia Board of Education, said the Board will work with the county and city to add turn lanes and possibly put a roundabout near Route K to slow traffic.

Because the Board has to work with the city to change the roads, Cushing said he is not sure of a timeline. He said he hopes to have all the work finished before the school opens.

Cushing said there is no capacity number for the middle school yet, so he was not able to say how many new students will go to Southwest Middle School. He said Gentry Middle School is over capacity, and the new middle school will lessen the overflow.

“Continued growth in our community has mandated this new school,” Cushing said. “Our city builds new neighborhoods, and schools have to play catch up to meet the need."

The groundbreaking ceremony will be held at 4:30 p.m. at the site on Sinclair Road.