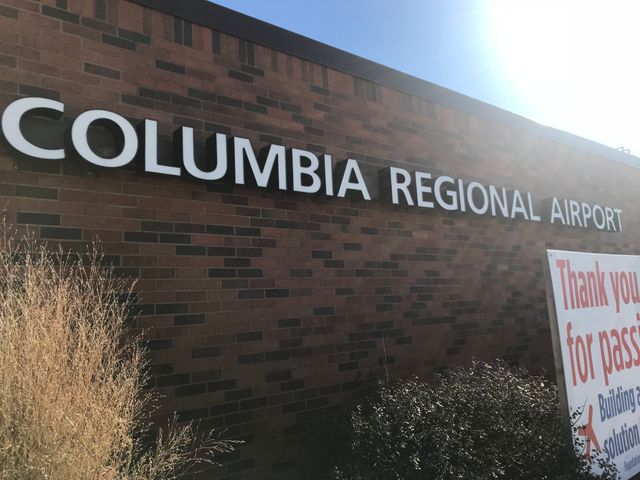 COLUMBIA - Columbia could be one step closer to a new airport terminal, and the Chamber of Commerce wants to make sure that happens.

The Columbia chamber released its local agenda for 2018 Wednesday, and one of the top priorities is to complete the terminal project.

Chamber President Matt McCormick said the airport has been a main focus for a long time.

"A number of years ago we dedicated it as a top priority, not only for the chamber, but the community. A lot of that was driven by our business community and our education community," he said.

McCormick said the age of the current terminal is one of its biggest downfalls.

"That terminal was built before TSA was around, and a lot of the security things has to take place, to make sure people flying in are taken care of, that they're safe, secure, and comfortable, it means to get that terminal."

Other top items for the chamber include public safety, aligning the budget to reflect public priority and affordable housing.

"Every year we do this, it gets a little bit better," he said. "At the end of this year we'll start looking at scorecards and taking a look at where we landed on each of those, where was our successes, and what we need to do better. It kind of starts off as a wishlist, but then we take that and say 'how do we put that into actionable items.'"

McCormick said updates on the airport terminal may be coming soon.

"We keep hearing there's going to be an announcement in the next couple of weeks about that terminal. We should have some exciting news to hear," he said.