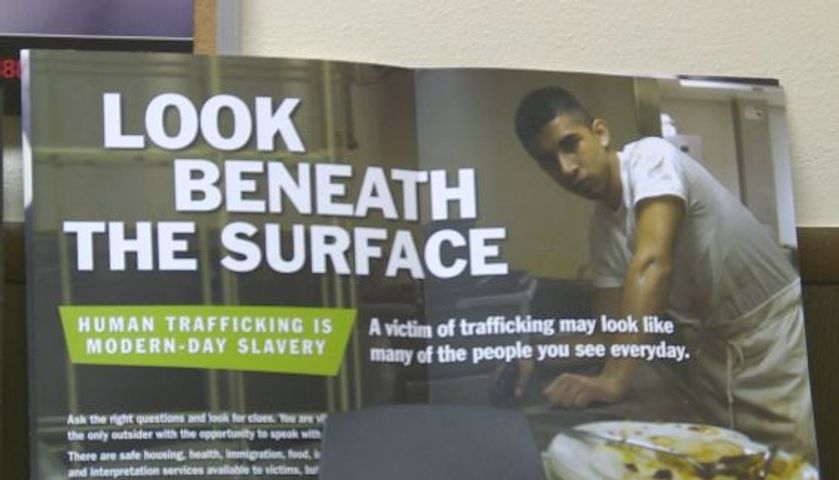 JEFFERSON CITY - A new bill in the Missouri House is designed to lift a criminal cloud from victims of sex trafficking, according to its supporters.

“What House Bill 397 does is it recognizes the intersection between commercial sex work and sexual trafficking and exploitation of children,” said Rep. Mary Elizabeth Coleman, R-Arnold.

Right now, a victim of sex trafficking must prove coercion in order to appeal a prostitution charge on their record. If the bill gets passed, victims will be able to appeal those charges if they are under the age of 18 or can prove they were under the age of consent at the time of the conviction.

Coleman said her main focus is to ensure victims receive the care and beneficial services they need after escaping sex trafficking.

“If you have a felony conviction, if you have a conviction on your record, you’re being treated as a criminal instead of as a victim and it’s creating a problem and a barrier from you getting access to those services that we need.”

Nanette Ward, of Central Missouri Stop Human Trafficking Coalition, says she sees that far too often and it makes it harder for victims to move forward with their lives.

“They’ll always have that stigma, always have that label, that, in many scenarios, whether it’s something they have to legally address or whether it’s the stigma of having that in their background, it certainly gets in the way in relationships as well as access to housing, jobs, all aspects of their life,” she said.

Ward said one of the hardest parts of moving forward for victims is removing self-blame due to years of manipulation. She said people often don't see that from the outside.

“But, what we’re learning is that they’re in fact influenced by, controlled by, manipulated by predators, traffickers, pimps,” she said.

House Bill 397 would also allow a victim's records expunged as an adult. Ward said that looking at adults as victims is essential because they were more than likely taken advantage of as a child and could not consent.