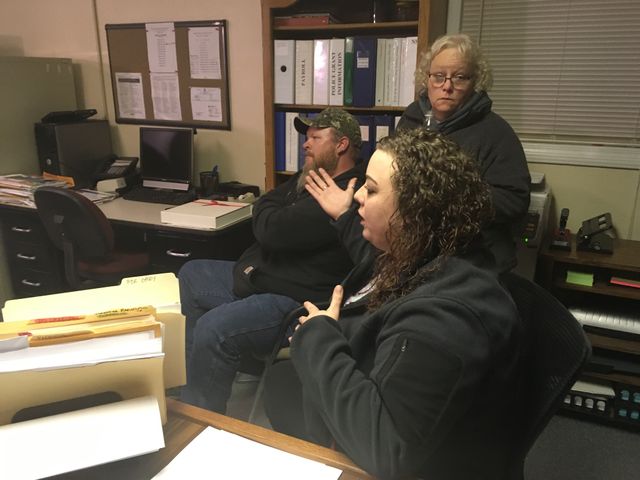 People stood wall-to-wall to get the chance to speak their minds about the resignation of former police chief Greg Mooney. In February, Mooney reportedly was given the choice to resign or get fired from his position after violating the city’s media policy.

“Having a good officer like Mooney is what we needed and that’s why we’re upset he’s no longer here,” said resident Sarah Dunbar-Simms.

She grew up in New Bloomfield and is now raising her children there. However, she said it might not stay in the town for much longer if the issues continue.

“I may move out of the town that I grew up in because of the way City Council’s going," she said. "We’re not going to have a police force.”

Dunbar-Simms suggested having the Holts Summit police force respond to New Bloomfield calls. According to her, the response time would be closer to three minutes.

There are no local police officers in New Bloomfield after the resignation of Mooney, so the plan is to have Callaway County Sheriff's Office in Fulton respond to the calls. But the council said the response time would be closer to eight minutes.

“Holts Summit does not have a jurisdiction for us,” Dunbar-Simms said.

She said she and several other townspeople are concerned. So much so, she said Thursday night was the first city council meeting she had ever attended.

She's even considering a run for mayor.

"I'm pretty young, but I know a lot of the changes that need to happen," she said. "I want this city to remain a good city."