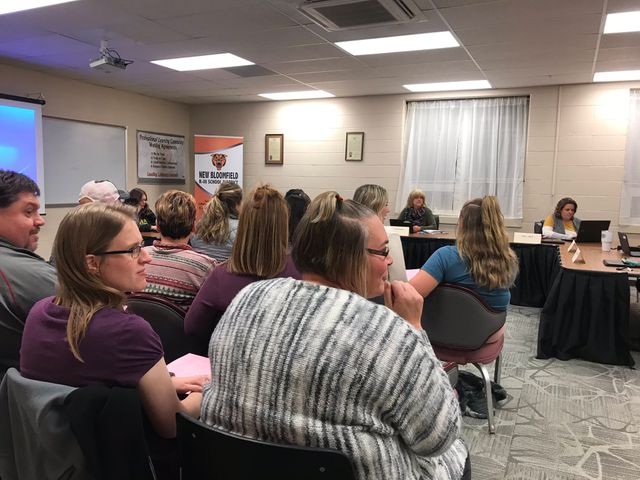 NEW BLOOMFIELD — The New Bloomfield School District said it is thinking of moving to a four-day school week after discussion at a school board meeting Thursday night.

Calendar committee members presented their findings on how a four-day school week would work in the district. School would be Tuesdays through Fridays with Mondays off.

Members said Monday would be a good day for parents to schedule doctor's appointments. If there was a snow day, school would be held on the following Monday as a make-up.

The reasoning behind a shorter week is that it will increase teacher retention, recruitment and save money. The board said it believes a shorter week would help retain teachers in the district and also attract new teachers.

Todd Whitaker, a professor at the University of Missouri’s College of Education, said a shorter week is better for recruiting teachers to a rural school district that is normally competing with urban districts for quality teachers.

“This is one way they may find some people that would find the four day week more appealing,” Whitaker said. “Many districts have gone to them and have found them to be very successful.”

The district would also save money with one less day of class. It would not be spending as much on transportation, utilities or food contracts.

The committee said the shorter week would still meet the Department of Elementary and Secondary Education’s requirement of at least 1,044 hours of school a year due to slightly lengthening the school days and making up snow days right away.

The meeting was just a preliminary discussion and a decision was not made. The next step is to gain community input.

Board members said they want a decision made by January.