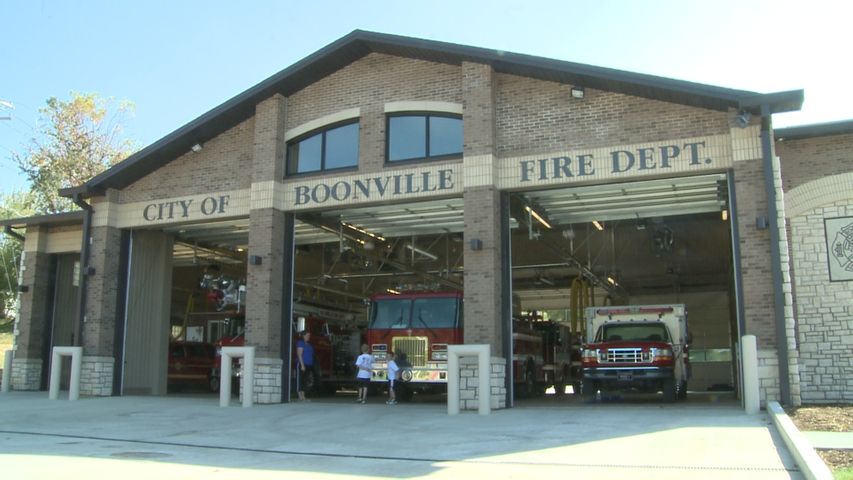 BOONVILLE - Fire Station No. 1 hosted an open house on Sunday, inviting Boonville residents in for a tour of the newly-built fire house.

Fire Chief Tim Carmichael said the new station was needed to accommodate all the department's staff.  The demolished station had been built over 40 years ago and Carmichael said, "This station allows us to accomodate bigger apparatus."

The new station is equipped with separate facilities for male and female firefighters, including bathrooms as well as sleeping quarters.  The new station also has an in-house training room so the station can host classes in the building rather than finding space elsewhere.

Carmichael said the station cost just over $2 million. He said a new firetruck with a taller ladder is next on the city's wish list.