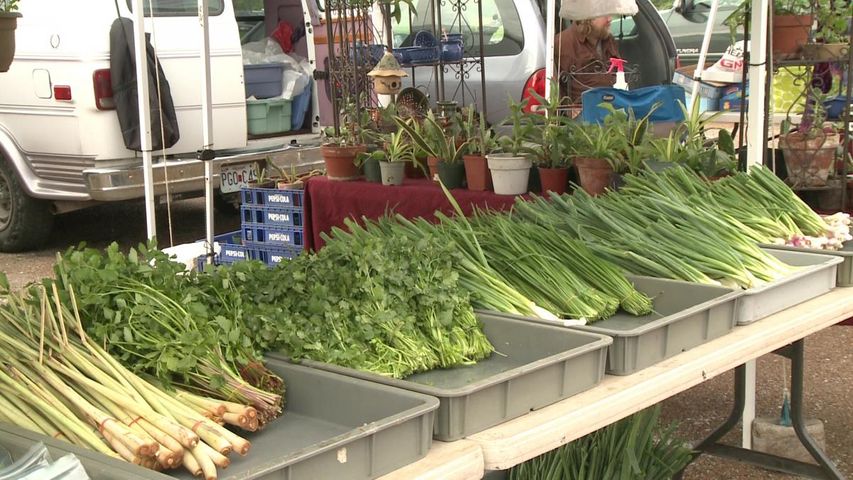 COLUMBIA - A new bus route connecting to Columbia Farmers Market starts Saturday, only to see few riders on board.

The bus begins at 7:45 a.m. at Mizzou Student Center and the last one departs the farmer's market at 11:45 a.m. It only operates every Saturday between April 7 and October 27 this year and 2013.

The route is funded by a grant from USDA. Columbia Farmer's Market director Caroline Todd said the total grant is $48,000 for promoting local food and a large portion of it is dedicated to the the bus and advertising on the bus. Todd said the goal is to let the community have more access to fresh food and vegetables.

Not too many customers rode the bus Saturday. Some potential riders ended up not taking it because of the bus fare. Bus driver Steve Clark said even though the bus operates under the grant, riders will still hvae to pay the regular $1.50 bus fare.

But Todd remains optimistic about the future of the bus service. She said the bus is beneficial not only to the market, but also to the whole community and it would take some time before customers could get used to taking the bus to the market.